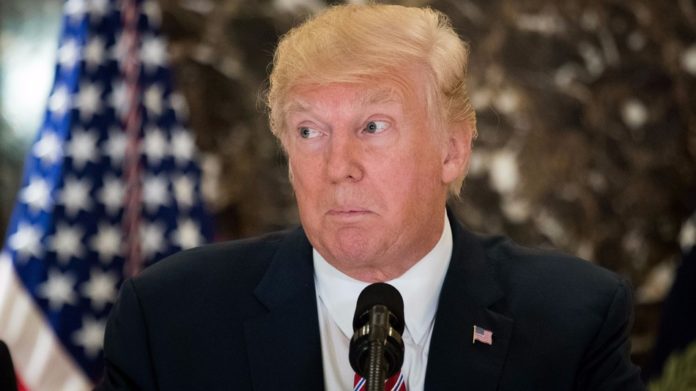 The news of President Donald Trump’s first quarter fundraising numbers as he kicks off his 2020 re-election bid were announced Monday morning with bold headlines and suggestions that the incumbent was amassing a war chest that will dwarf his Democratic challengers.

New York magazine blazed with the headline, “Trump Raises $30 Million in First Quarter, Smashing Democratic Numbers,” and included this line in the story:

“It appears his plan to file reelection paperwork on the night of his inauguration has paid off: In addition to the $30 million raised by the campaign, the Republican National Committee has reportedly raised $46 million for their 2020 candidate.”

And Business Insider had this to say about the Trump haul of campaign cash:

“The sum starkly highlights the financial advantage the Trump campaign has over the jostling crowd of Democrats seeking to take on the president in 2020.”

That’s a fair point, but as John Harwood, the chief White House correspondent for CNBC noted on Twitter, $30 million is far behind the kind of money Barack Obama was raising in 2012 as an incumbent president:

That was eight years ago https://t.co/M02f9hVxWp

Oh, and one other relevant fact: Obama didn’t even launch his re-election effort until April 4, 2011. Trump has been raising money for two solid years and only has $30 million in his campaign coffers? That should concern his top 2020 advisers, including Brad Parscale, his campaign manager.

So it would appear that the sheen has worn off the Trump name and his presidency, which has been highlighted by one misstep and failure after another. As a matter of fact, his historically low polling numbers, combined with the fundraising report, suggest an incumbent who is in danger of losing and losing badly come November of next year.

But none of this should surprise anyone. After all, remember his inauguration? It took paled in comparison to Obama’s: