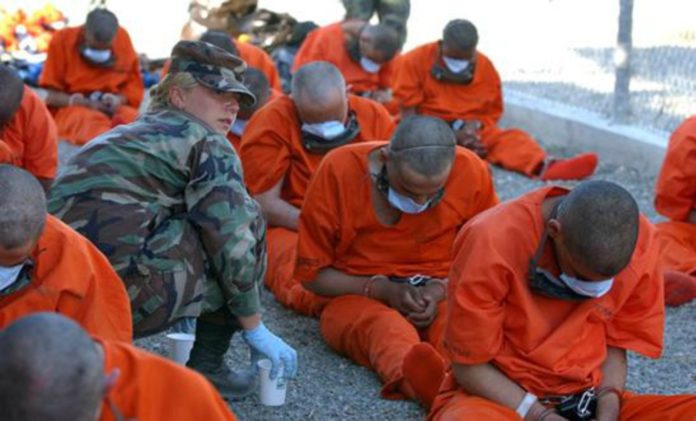 On Wednesday, Trump told reporters that he would “certainly consider” sending the suspect being held for Tuesday’s attack in NYC to Guantánamo Bay.

“Send him to Gitmo,” said Trump to reporters at the White House. “I would certainly consider that, yes.”

I wonder if Trump’s suggestion to send Sayfullo Saipov to Guantánamo Bay has anything to do with the fact that he’s Muslim?

Take note that the attack on Tuesday, which killed eight people after Saipov plowed a truck along a bike path in Manhattan, has already been clearly defined as a terrorist attack. Last month, the mass shooting in Las Vegas in which 59 people were murdered and over 500 people were injured, was not.

The Center for Constitutional Rights, an organization that has defended Guantánamo detainees, was also questioning the racism involved in such reportage when they denounced Trump for his remarks.

Attorneys from the organization noted that “Guantánamo Bay is and always has been a prison exclusively for Muslims, which is undoubtedly the only reason Donald Trump made the idiotic suggestion to send Sayfullo Saipov there.”

Trump also used the attack as a reason to push his xenophobic policy agenda. The president suggested that the Diversity Visa Lottery program should be halted and questioned immigrants’ ability to sponsor family members who want to enter the United States.

“Diversity lottery – sounds nice. It’s not nice. It’s not good. It hasn’t been good. We’ve been against it. We have to get much less politically correct.”

Not only is that statement an irrational response to violence, but it’s also – to be blunt – ignorant.

Trump is suggesting that the issue with the Diversity Lottery program is that it fosters a culture of political correctness. What? That might as well be a line from SNL.

The Diversity Visa Lottery program was enacted 27 years ago and has enabled 50,000 people per year to come to the United States from countries that have low levels of immigration. Saipov arrived in the U.S. from Uzbekistan in 2010.

Numerous allegations of human rights abuses have surfaced from Guantánamo Bay. Established in 2002 to detain suspects in the “War on Terror,” detainees were held for years without being charged with any crimes. Former President George W. Bush assigned them the label “enemy combatants” – a move that negated detainees any protections under the Geneva Conventions.

Why, America, do we expect these incidents to cease when we refuse to examine what might have caused men like Saipov to become radicalized in the first place? Extreme alienation? A country in which there’s no real path out of poverty? Emotional turmoil? Mental illness? There is any number of reasons why men like Saipov turn to violence.

In the case of white men, we assign perpetrators the benefit of the doubt. If you’re Muslim – say goodbye to your rights under the Geneva Conventions.

“Fifteen years has proven no one will ever be successfully tried or ‘brought to justice’ at Guantánamo, and the president and his supporters within his own party are deluded if they believe otherwise.” – The CCR

The center, along with the ACLU, urged Americans to see past Trump’s toxic response to the attack. And they’re right – terror only wins when we give in to hatred. 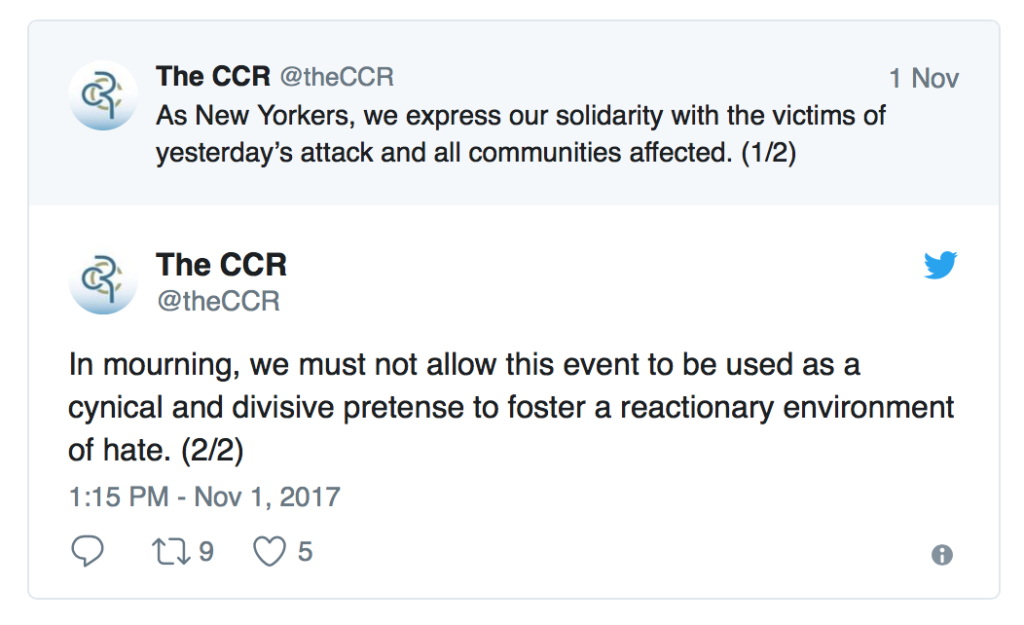 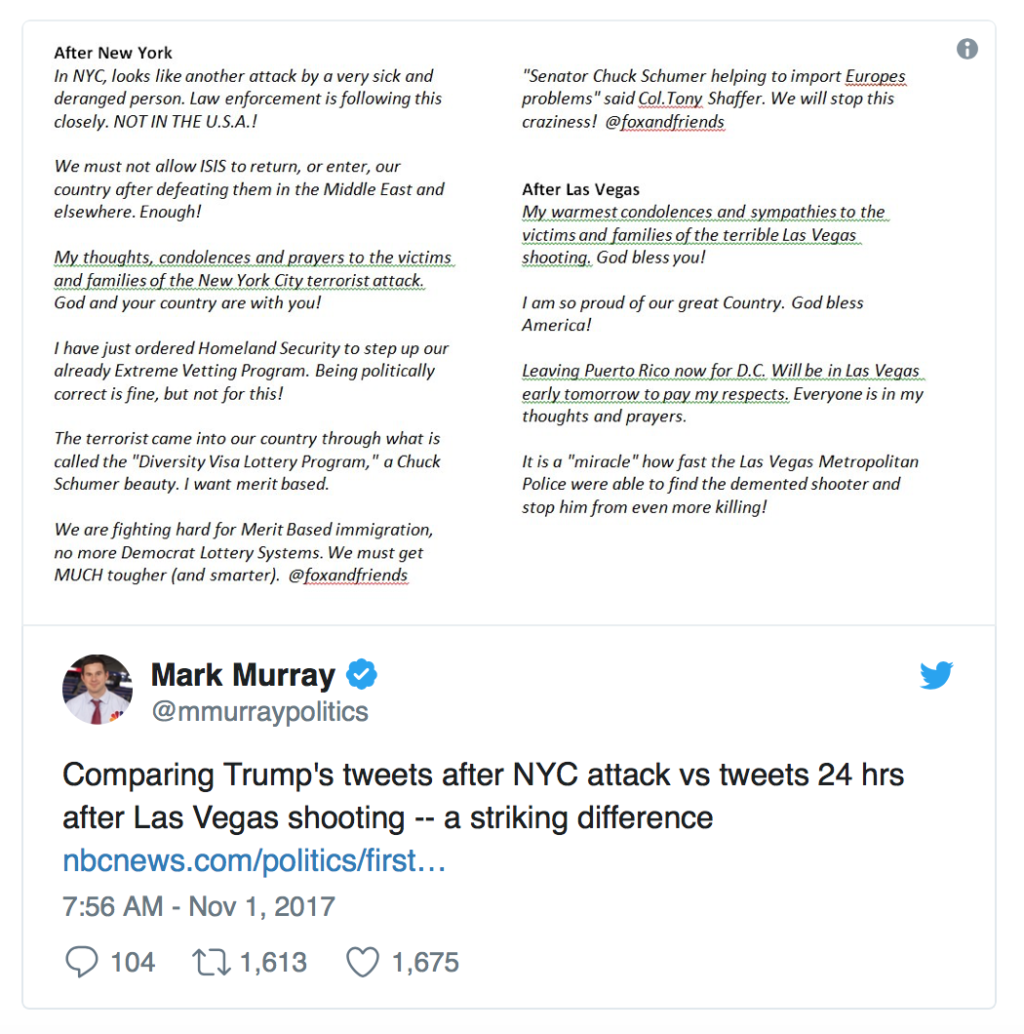