The United States Blues
Home Politics Judicial Trump’s right-leaning Supreme Court is about to decide if employees can be... 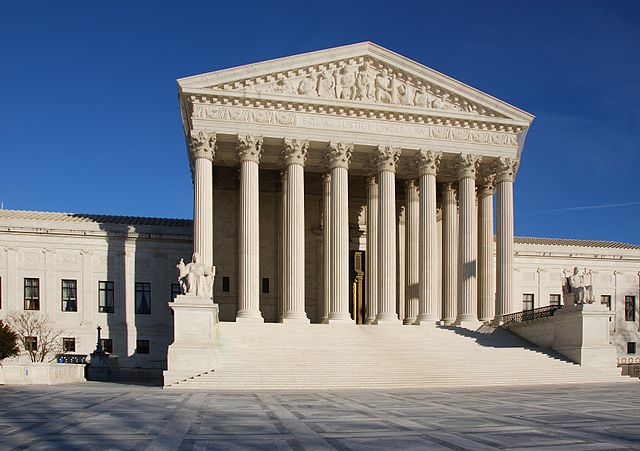 For a decade, Gerald Bostock worked to build a government program that helped neglected and abused children in Clayton County, Georgia, which is just south of Atlanta.

Then one day he decided to join a gay recreational softball league, where he played catcher and first base for a team, the Honey Badgers, in the Hotlanta Softball League.

Not long after joining the softball team, Bostock was fired by the county for “conduct unbecoming a county employee.”

Bostock is one of several plaintiffs who will see their cases go before the U.S. Supreme Court when its new term begins on October 8, according to The New York Times:

The Supreme Court has delivered a remarkable series of victories to the gay rights movement over the last two decades, culminating in a ruling that established a constitutional right to same-sex marriage. But in more than half the states, someone can still be fired for being gay.

(Now) the court will consider whether an existing federal law, Title VII of the Civil Rights Act of 1964, guarantees nationwide protection from workplace discrimination to gay and transgender people, even in states that offer no protections right now.

Katherine Franke, a law professor at Columbia University, isn’t optimistic that a court which now features two conservative Trump appointees, Neil Gorsuch, and Brett Kavanaugh, will agree to protect gay workers from discrimination in the workplace:

“Now that we don’t have Kennedy on the court, it would be a stretch to find a fifth vote in favor of any of these claims that are coming to the court.

But other legal experts believe the high court will have no choice but to rule for the plaintiffs, with  William N. Eskridge Jr., a law professor at Yale, noting:

“Lesbian, gay, bisexual and transgender Americans continue to face widespread job discrimination because of their same-sex attraction or (sexual) identities. If the justices take seriously the text of Title VII and their own precedents, L.G.B.T. Americans will enjoy the same job protections as other groups.”

The Trump administration certainly doesn’t think that Title VII applies to sexual orientation, with Solicitor General Noel J. Francisco, who will argue the White House position before the justices, writing:

“The ordinary meaning of ‘sex’ is biologically male or female. It does not include sexual orientation.”

Other federal courts have a mixed record on the issue of sexual orientation and the workplace:

Most federal appeals courts have interpreted Title VII to exclude sexual orientation discrimination. But two of them, in New York and Chicago, have ruled that discrimination against gay men and lesbians is a form of sex discrimination.

Francisco’s logic on the issue seems more than a bit convoluted, not to mention tortured, writing in his brief on behalf of the government:

True enough. The person would more rightly be called a homophobe.

At the most basic level, the justices have to decide if the promise of establishing justice and securing the blessings of liberty promised in the Constitution apply to all, or only to those who choose to love a person of the opposite sex. If the court decides to allow discrimination against people based on sexual orientation, who will they choose to exclude next?