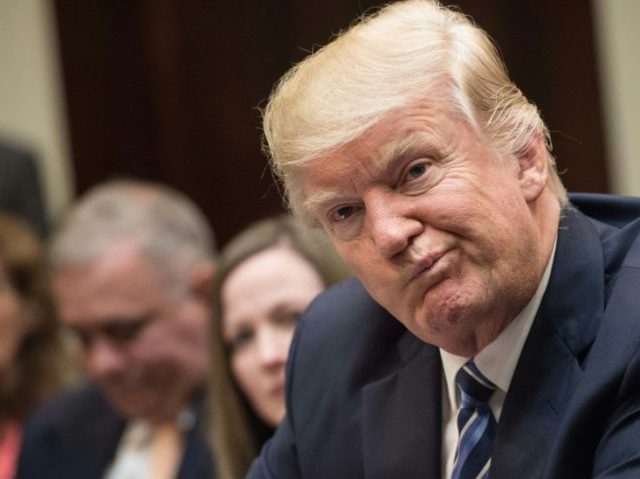 President Donald Trump’s trade wars are costing the American people $1.4 billion each and every month, according to a bombshell new study as Trump continues to insist that his tariffs are bringing in billions of dollars to government coffers.

So far, Trump has started trade wars with Canada, Mexico, China and the European Union on the notion that the world is taking advantage of free trade with the United States and that our trade deficits are too high.

Of course, Trump’s trade war has actually resulted in the trade deficit being the highest in American history.

And now we know that it is costing Americans $1.4 billion every month as a new study concluded this week.

The collaborative study found that businesses and consumers saw “substantial increases” in the price of goods throughout last year, including a “complete passthrough” of U.S.-imposed tariffs onto imported items. The economists — the New York Fed’s Mary Amiti, Princeton professor Stephen Redding, and Columbia professor David Weinstein — also said Americans suffered by a lack of import variety and disruptions to supply chains.

“Economists have long argued that there are real income losses from import protection. Using the evidence to date from the 2018 trade war, we find empirical support for these arguments,” the researchers wrote. “Losses mounted steadily over the year, as each wave of tariffs affected additional countries and products, and increased substantially after the imposition of the wave 6 tariffs on $200 billion dollars of Chinese exports.”

NBC went on to note that the study says “total losses from January 2018 through November 2018 ballooned to a conservative estimate of $6.9 billion,” which economists say may be too low.

“If the U.S. government did not offset the cost of the tariffs to the American consumer with the new tax revenues, the full value of the tariff payments would be $12.3 billion,” the report says, nearly double the losses.

And that’s not the only way Trump’s tariffs are hurting Americans.

The research team also found that American consumers are also harmed during a trade war in terms of the variety of goods they can purchase. Consumers benefit from open trade and the ability to purchase more unique goods — like French wine and Colombian coffee, for example — that might be foregone if trade barriers are high.

The trade war also caused “dramatic” turmoil in supply chains, as about $165 billion of trade ($136 billion of imports and $29 billion of exports) is lost or redirected through company and customer efforts to circumvent tariffs.

“We find that the U.S. tariffs were almost completely passed through into U.S. domestic prices, so that the entire incidence of the tariffs fell on domestic consumers and importers up to now, with no impact so far on the prices received by foreign exporters,” the Fed, Princeton and Columbia economists wrote. “We also find that U.S. producers responded to reduced import competition by raising their prices.”

So, it’s pretty clear that the tariffs are hurting Americans more than the nations Trump slapped them against.

That means his trade policies have been a complete and utter failure and he needs to end these trade wars and rescind the tariffs before more damage is done.