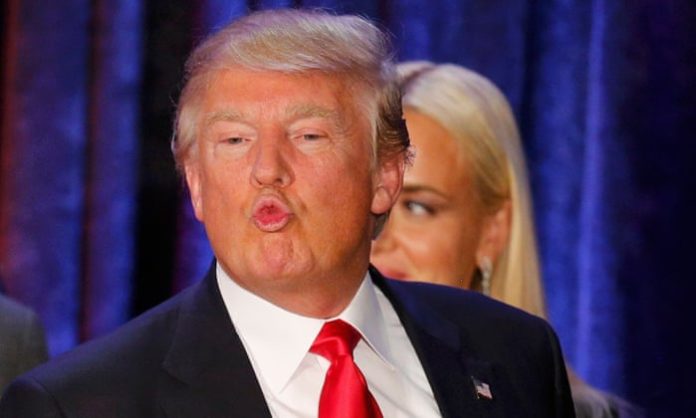 Even before he ever signed the tax law, Trump insisted that it will benefit the American people as a whole. Of course, most Americans did not buy the bullsh*t Trump was trying to sell, which is why his tax law was opposed by a 64 percent majority.

The new law slashed the corporate tax rate and cut the top tax rate for individuals, producing an absolute windfall for corporations and the wealthy.

Meanwhile, most Americans, especially Trump’s own supporters, have discovered they are getting screwed as tax refunds are down a devastating $5 billion so far this tax season, money that Americans desperately need.

And the news is just getting worse.

A government report has revealed that 11 million taxpayers are losing out on $323 billion worth of deductions due to a punishing change in President Donald Trump’s tax law.

The hard news comes after early filers were stunned by shrinking — to vanishing — tax refunds.

The deduction wallop detailed in the government report centers on capped deductions for state and local taxes — including real estate taxes. Formerly all local taxes could be deducted for federal taxes; now it’s capped at $10,000, which particularly hurts homeowners in major metropolitan areas — especially in the Northeast and California — where housing tends to be more expensive.

The cap was imposed to help pay for huge tax cuts to corporations, whose taxes were slashed by 40 percent, from 35 percent to 21 percent.

The deduction hit is so staggering that it could end up swamping modest gains taxpayers had expected to enjoy due to tax cuts.

Indeed, the only real winners of Trump’s tax law is corporations, as the Washington Post reported last month.

“As millions of Americans grapple with their smaller-than-expected refunds, they are hearing more and more about the big winner of the tax-reform scam: corporate America,” the Post said. “Amazon owed zero corporate income tax last year, and as Axios reported earlier this week, General Motors, which made $11.8 billion in profit last year, filed for a refund of slightly more than $100 million.”

And while millions of Americans lose tax deductions, wealthy individuals gained the ability to deduct their private jets. Seriously.

If anyone needs a tax cut right now it’s the middle class and the poor who are getting hammered by bills and are struggling to get by. It’s little wonder why most Americans support a marginal tax rate of 70 percent on the wealthy.

Clearly, Americans are sick and tired of the wealthy writing our tax laws and they are tired of getting screwed over by Republicans. Trump’s tax law is the ultimate “I got mine, f*ck you” mentality. And it’s just another reason why Americans are going to punish Republicans in 2020. This law is a slap in the face to Americans who believed Republicans would help them. They were wrong, and now it’s payback time.