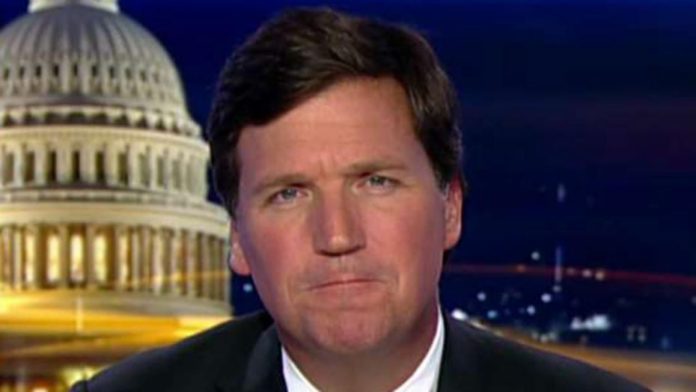 Fox News host Tucker Carlson wants us all to believe that the real reason we’re hearing more about climate change and global warming these days is because “feminist” scientists are looking for ways to blame everything on men.

On his show Thursday evening, Carlson played a video clip, which, according to The Daily Beast, was meant to demonize politicians who dare to draw attention to the climate crisis the planet faces:

“The conservative primetime star shared a clip—full of scary music and eerie effects—of Democratic politicians warning about the dangers of climate change, mockingly noting that it’s ‘so bad they’re running out of adjectives.'”

Carlson then referenced a recent study that suggested “toxic masculinity” might be a driver behind climate change because:

“When men’s gender identity was threatened, they tried to reassert their masculinity through environmentally damaging choices.”

So, based on that, Carlson theorized that “if we want to save the environment we have to suppress men.”

However, rather than discuss climate change with a scientist (or a feminist), Carlson turned to longtime Fox bozo Mark Steyn, who told the host his own insecurities about his manhood “are causing rising sea levels in the Maldives.”

And that’s when Carlson proved what a misogynistic creep he truly is and always will be. He remarked:

“How did we wind up with a country in which feminists do science? I mean, isn’t that sort of bound to get a study like this, right?”

Then again, how did we wind up with moronic gasbags like Carlson, Sean Hannity, and Laura Ingraham being given airtime to spout their moronic pronouncements?

Not long after Carlson’s show aired, Rep. Alexandria Ocasio-Cortez responded to the Fox host with this tweet:

Democracy and civil rights is how we got a country where “feminists do science.”

(Also, note how he’s drumming up fear around women’s rights to create suspicion around climate change policy. Tells you a lot.) https://t.co/yquFeP7vYp

Poor Tucker! He’s so insecure that he’s willing to let his own sexism and willful ignorance stand in the way of facts and science. No wonder he’s a Republican.