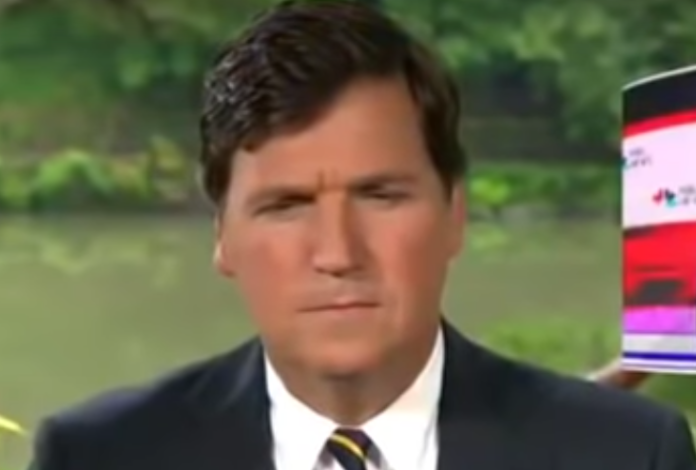 Fox News host Tucker Carlson freaked out and went off on a racist tirade on Thursday night about the first night of Democratic debates because some of the candidates spoke Spanish on stage.

During the debate, Julian Castro drew cheers when he said that desperation should not be criminalized and called for illegal border crossings to be treated as a civil violation instead.

Carlson immediately appealed to his hateful and racist viewers by trying to scare them.

Of course, that’s not true at all. Not all of our ancestors were born in America. Our ancestors from Europe first took it from Native Americans and more of our ancestors have been arriving in this country from overseas seeking a better life for centuries, including one of Carlson’s own maternal ancestors, who arrived here from Switzerland in the 1800s.

As for taxes, it turns out that undocumented immigrants contribute billions of dollars to the IRS every year, including $13 billion in 2015 alone. They even contribute to Social Security, which has helped keep the program solvent even as Republicans try to kill it.

Carlson then went on to call Senator Cory Booker (D-N.J.) one of the “whitest” candidates on stage and criticized him and Beto O’Rourke for speaking Spanish.

“In case anyone missed it, the two whitest candidates on stage decided to repeat the point in stilted Spanish,” he complained before going into a ridiculous effort to make right-wingers fear being banned from speaking English, complete with a touch of racism.

“Got that, gringo?” he said. “You can add the English language to the long and growing list of things the Democratic Party considers racist. How long before you are banned from speaking it? Think we’re joking? Right. Better to learn Español if you want to talk to your grandkids. It’s a brand new world.”

Here’s the video via Media Matters:

This is such a classic overreaction from a host who panders to racists every night. The English language is not going to be banned. But many people in this country speak Spanish and Democratic candidates were reaching out to those voters. Most world leaders are multilingual, so why shouldn’t our president be as well?