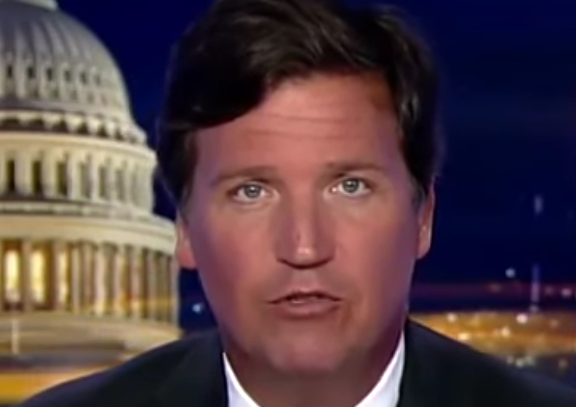 During an appearance on CNN Thursday night with Don Lemon, Wilson hammered Trump supporters, whom he referred to as “10-tooth rubes,” for getting duped by a con man to demand a useless wall and shut down the government for it:

Responding to Wilson’s remarks on Friday night, Tucker Carlson complained and went full snowflake by accusing the Republican Wilson of being a left-winger:

“Wilson seems to spend most of his life opining in one of those 6-guest shout-fests in boxes that the other channels specialize in,” Carlson said. “He’s often shouting the loudest. What makes Wilson notable like so many on the left he’s moved on from hating Trump to hate people who voted for Trump. What a cruel and awful thing to say. Does it ever occur to Rick Wilson that people who are losing their teeth might benefit from cheaper dental care? Maybe Washington could help with that. But no, It’s easier to make fun of them and get rich doing it, something that Wilson specializes in.”

It turns out that a Fox News producer reached out to Wilson to provide a response, but Carlson never aired it because Wilson totally humiliated him by calling him a “punk-ass PC snowflake” who has no problem dishing it out but runs to mommy when others dish it out right back at him:

1/ Again for the record: Tucker asked for but refused to run my response, so here it is for posterity…

“Spare me the phony drama.

This is just one more example of how the MAGA tough guy crowd are the most delicate, whiny, punk-ass PC snowflakes ever created.”

2/ “They trash talk everyone else, and love Trump’s constant insults, vulgarities, and divisiveness but the minute the heat gets turned up they run to Mommy.”

Indeed, House Minority Leader Kevin McCarthy (R-Calif.) also went full snowflake earlier in the day when he whined about a freshman Democratic lawmaker using vulgar language to refer to Trump, only to be called out by a reporter for being a hypocrite because Republicans have had no problem with Trump insulting people on Twitter and at rallies using similar vulgar language.

Clearly, Republicans and conservative media revealed themselves as the true snowflakes today.