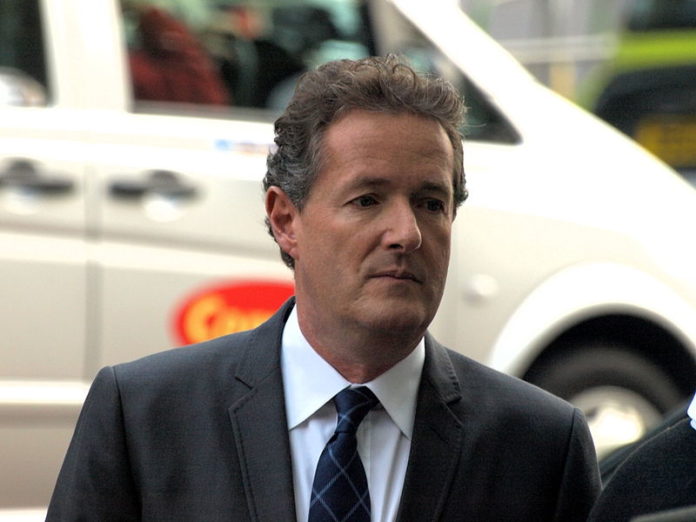 Right-wing presenter and columnist Piers Morgan wants to be President Donald Trump’s new chief of staff, resulting in Twitter mockery after he argued that his win on a season of “Celebrity Apprentice” makes him qualified for the position.

Trump has had trouble finding a replacement for disgraced outgoing chief of staff John Kelly, who is apparently jumping ship as Special Counsel Robert Mueller closes in.

Nobody seems to want the job, but Piers Morgan is willing to do it, and even posted his application on Twitter in the form of a link to a column kissing up to Trump:

*NEW COLUMN*
You’ve hired me before, Mr President, so hire me again!
My formal application to be President @realDonaldTrump’s new Chief of Staff: https://t.co/YNZS5eJFMz via @MailOnline

“When you made me your first Celebrity Apprentice a decade ago, you told me in the live NBC finale: ‘Piers, you’re a vicious guy. I’ve seen it. You’re tough. You’re smart. You’re probably brilliant, I’m not sure. You’re certainly not diplomatic. But you did an amazing job and you beat the hell out of everybody – you’re my Celebrity Apprentice,’” Morgan wrote. “Let’s be honest, what more could you possibly want from your Chief of Staff? You could have been talking about yourself!”

Morgan even promised to let Trump do whatever he wants and that he would surround Trump with sycophants. Also, Ivanka Trump and Jared Kushner would have more say in the administration.

Piers…I read this through my fingers, cringing. Sweet Jesus, is there no level you won’t stoop to? I don’t mean the job, that’s your choice and I’d personally love to see how that would unfold, but why do it this way? Have some self respect man !! Can’t you contact him direct?

The US has enough problems.

Omg 😮 can’t believe what I’ve just read! 🤮I was really hoping this was tongue in cheek but it’s really not! You really meant every word of it 😮. This is so sad and desperate it’s embarrassing.

Thought this was christmas not april fools day..

And I just threw up in my mouth.

Omg how cringe. Even for you.

Yep, you will do. You’re both as horrible as eachother 😑

Looking to be subpoenaed, are you?

Seriously, it’s made my ovaries cringe.

Trump’s search for a new chief of staff is a joke and once again makes the U.S. an international laughingstock.