The United States Blues
Home News Twitter Lights Trump Up For Whining That Mueller Wasn’t Approved By The... 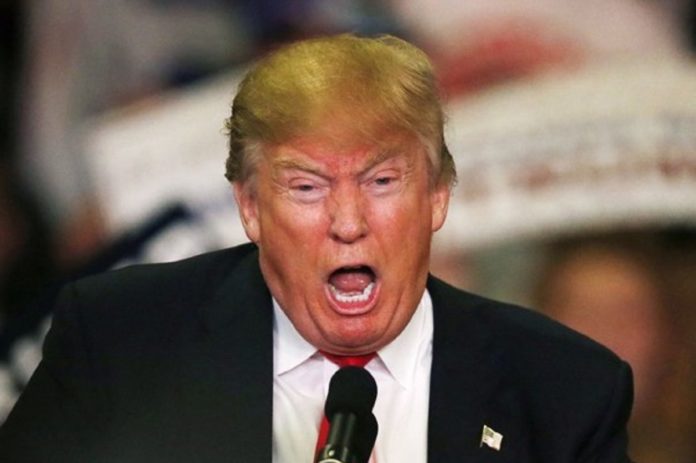 President Donald Trump hypocritically whined about Special Counsel Robert Mueller not being approved by the Senate on Thursday morning, and Twitter tore into him for it.

Trump flew into a panic-laden meltdown earlier this morning in an attack on Mueller, whom he accused of threatening people and screaming at them to get the answers he wants, insisting that the investigation is chaotic as reports about White House chaos continue to roll out.

Clearly, Trump is frightened about what Mueller is going to say in his report, which is speculated to be announced soon.

But it didn’t take long before Trump followed up with yet another even more vicious attack, this time referring to Mueller and his team as “thugs,” accusing Democrats of collusion, and even complaining about Mueller’s appointment:

Universities will someday study what highly conflicted (and NOT Senate approved) Bob Mueller and his gang of Democrat thugs have done to destroy people. Why is he protecting Crooked Hillary, Comey, McCabe, Lisa Page & her lover, Peter S, and all of his friends on the other side?

The only “Collusion” is that of the Democrats with Russia and many others. Why didn’t the FBI take the Server from the DNC? They still don’t have it. Check out how biased Facebook, Google and Twitter are in favor of the Democrats. That’s the real Collusion!

The reason why Trump’s whining is hypocritical is because he recently appointed Matthew Whitaker as Acting Attorney General, a federal position that requires Senate confirmation per the Constitution, which is why legal experts on both the left and right are challenging Trump’s action.

If Trump really thinks Mueller’s appointment is illegal, he and his third-rate lawyers would have filed a lawsuit claiming as such by now. But he hasn’t, which means he knows it’s lawful.

Trump’s whining temper tantrum earned a round of humiliation on Twitter:

Sure, likely a course at Trump University. How about those tax returns Trumpy Bear?

Bob Mueller is a Republican, you unstable genius.. Con-man Matt Whitaker is not approved, need a hot-tub how about a time machine.

Senate does not have to approve special counsel. You should read the law. He is following the law and arresting/indicting/jailing those who broke the law. You are not above the law. You will be prosecuted. Tick tock Donny!

Projecting much this morning ??? pic.twitter.com/onqANSnXyT

Mueller is investigating you not Hilary or the person you fired that started all this. I get it you’re pissed that things are not going your way so you are having a tantrum maybe you should go for a time out that’s what I do with my toddler when he’s having a tantrum.

Uh, no. Any more than the ‘highly conflicted’ (and NOT Senate approved) Watergate Special Prosecutor, Archibald Cox, is studied by universities for ‘destroying’ people.
tick tick …

Indeed, Archibald Cox was appointed by then-incoming Attorney General Eliot Richardson in 1973, so there is precedent for a special counsel not being approved by the Senate. And if Mueller’s time as special counsel is anything like Cox’s, we should expect Trump’s resignation soon.