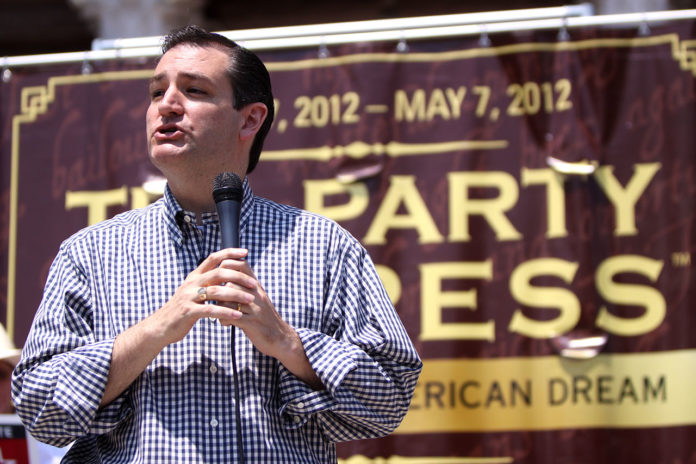 President Donald Trump took to Twitter in support of Senator Ted Cruz (R-Texas) on Wednesday in an effort to help Cruz keep his seat against rising Democratic opponent Beto O’Rourke. It didn’t go over very well.

That’s because Trump’s attacks on Cruz during the 2016 Election are still fresh and reveal what Trump thought about Cruz just two years ago.

O’Rourke is currently running a competitive race, which is scaring the hell out of Cruz, who expected Texans would just vote for him regardless. Now he is desperately asking Trump for help and kissing his a**. So, Trump provided help in the form of a tweet.

Ted Cruz has done so much for Texas, including massive cuts in taxes and regulations – which has brought Texas to the best jobs numbers in the history of the state. He watches carefully over your 2nd Amendment. O’Rourke would blow it all! Ted has long had my Strong Endorsement!

That won’t be much help, however, especially since Trump’s old Twitter attacks on Cruz still exist, which means Twitter users were able to remind everyone what Trump really thinks of Cruz.

Or are you talking about a different Ted Cruz?

There is always a tweet for every occasion: pic.twitter.com/p6jJB81d8R

But his dad still killed JFK, his wife is still whatever you called her, and he’s still a liar. Best people. #BeBest #VoteBetoForTexas

Homefry, you called Cruz a habitual liar, insulted his wife, and blamed his dad for the assassination of JFK. Is that what you call a long-time strong endorsement?

This is what you want for Texas? pic.twitter.com/Bh9zHT4Mno

Hypocrisy at its finest but are we really that surprised pic.twitter.com/4D3FCBJip5

@tedcruz is weak. A man that won’t defend his own wife is not someone who would defend Texas. The people of Texas don’t want their kids to be next in line to be slaughtered in school. #VoteBeto Americans deserve the best

Cruz has done nothing of note other than shutting down the government for 16 days to oppose Texans and others from having access to affordable healthcare.

He watches carefully over our 2nd amendment? The only thing he carefully watches over is the donations pouring in from the NRA while the blood of our children fill the classrooms and places of worship.

Texas voters ought to be ashamed of Cruz for bowing down to Trump, especially after Trump repeatedly insulted his wife and father during the 2016 Election. But, if Texas wants a sniveling coward to represent them in the Senate, they couldn’t pick a better sniveling coward than Ted Cruz.