The United States Blues
Home News Twitter mocks Trump for making July 4th all about himself instead of... 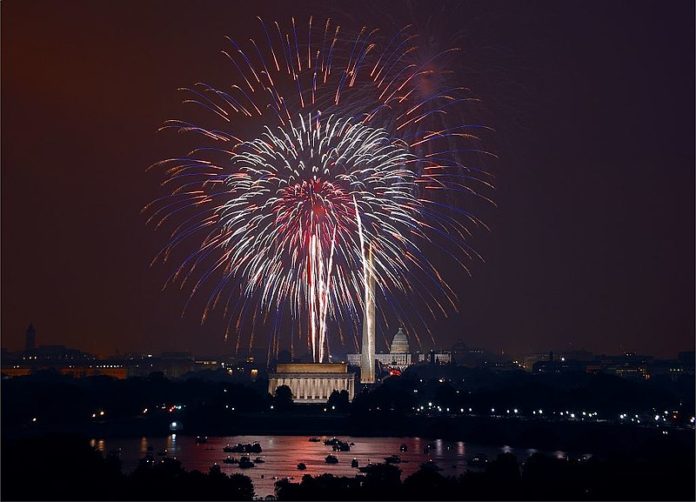 President Donald Trump is such a narcissist that he can’t even leave Independence Day alone without making it all about himself as he pretends that he invented July 4th celebrations in Washington DC.

July 4th festivities occur every year in our nation’s capital. It is the biggest fireworks display in the nation and tens of thousands of Americans flock to the city to join the party.

This year, however, Trump is making the holiday all about him as he plans an event at the Lincoln Memorial as if there’s never been July 4th celebrations in Washington DC before. He even narcissistically referred to himself as America’s “favorite president.”

HOLD THE DATE! We will be having one of the biggest gatherings in the history of Washington, D.C., on July 4th. It will be called “A Salute To America” and will be held at the Lincoln Memorial. Major fireworks display, entertainment and an address by your favorite President, me!

Yeah, if the Lincoln Memorial could vomit right now, it would. Trump is clearly butthurt because he didn’t get a parade in his honor last year so he’s hijacking America’s birthday to celebrate himself this year.

Twitter users certainly were disgusted, which is why they mercilessly mocked him:

Ummm…. You didn’t just invent the Fourth of July Celebration. We celebrate this every year in epic fashion…

“an address by your favorite President,”

Im pretty sure July 4th has been a thing before this.

Just admit it. You want to hold a celebration of “DONALD TRUMP.” If you really cared about our military, you would respect men like John McCain and Robert Mueller, who have been military heroes, and you’d do something about all of the homeless veterans.

Doesn’t Washington DC already have a big celebration on the 4th every year?

Pretty sure as soon as you start speaking Abraham Lincoln is going to get up out of his seat and leave.

This sounds like an autocrat trying to amass his supporters, desperately and offensively invoking patriotism, because he knows it’s all coming to an end, walls closing in.

The thought of #CadetBoneSpurs leading a 4th of July event makes me sick to my stomach. #Veteran

This is, perhaps, the first July 4th celebration that Americans should boycott. Better to celebrate elsewhere than to associate with an event held by Trump and allow him to claim that a massive crowd showed up just for him.