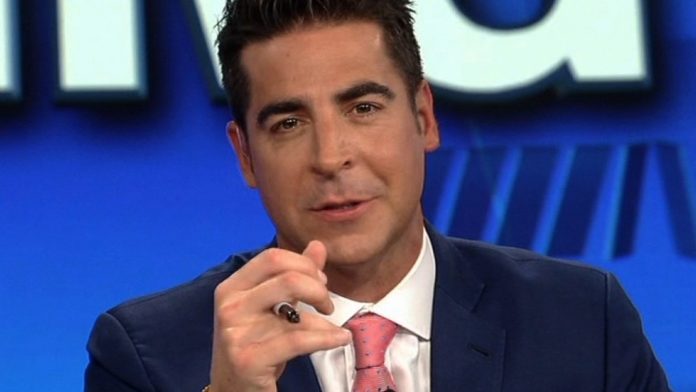 Having a brain isn’t a requirement for employment at Fox News, as host Jesse Watters proved Thursday when he tried to suggests that the Green New Deal proposed by Rep. Alexandria Ocasio-Cortez is unfeasible.

On “The Five,” Watters asked:

“They have this new green deal or whatever. OK, where they want to eliminate all oil and gas in 10 years. If you’re in the polar vortex, how are you going to stay warm with solar panels?”

Here’s a more pertinent question: How does Jesse Watters manage to breathe without assistance if he’s this stupid?

The comment from Watters is similar to one Jim Hoft of the right-wing website Gateway Pundit, suggesting the two men are either sharing a brain or that one stole the absurd talking from the other:

It’s a bit cold outside this morning in middle America… Aren’t you glad you aren’t heating your home with a solar panel like nitwit Socialist @AOC is demanding? pic.twitter.com/7080xSEPuC

The Republican Party’s best and brightest is back at it today, I see https://t.co/iTXjQPZ9Ek

Maybe Watters and Hoft need to watch this video from the Department of Energy which clearly explains how solar panels work year-round:

We did one good thing out of all this right-wing idiocy: The responses on Twitter:

when it’s cold, the sun ceases to exist. people forget this.

Since the sun doesn’t work when it’s cold, please feel free to stare at it

I heat my home with solar panels. It’s a toasty 72° inside. I’m such a nitwit socialist.

Jim, i would suggest you read up on how solar heating works.

Hey Jim, grew up in St Louis but lived in Germany for over a decade. Seasons are about the same. So I’m wondering why their solar industry is doing so well…perhaps because the sun is out when it’s cold? Hint: nothing to do with socialism, a lot to do with intelligence.