The United States Blues
Home News Twitter squirms as a bug crawls across Hannity’s neck — without him... 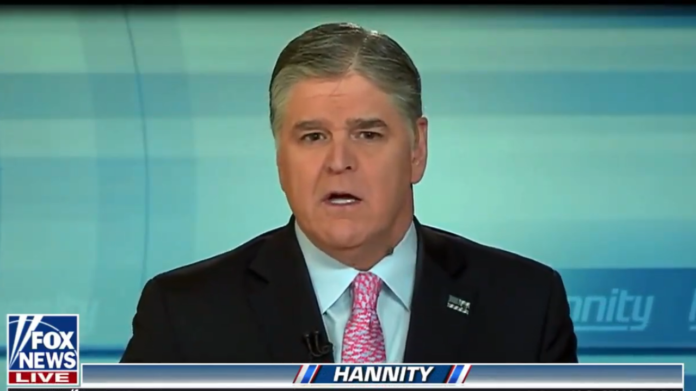 Fox News host Sean Hannity had an uninvited guest on his show Thursday evening, and Twitter almost melted down in reaction.

As Hannity was preparing to go to a commercial, a bug could plainly be seen crawling across the host’s collar and onto his neck. But Hannity never once flinched in reaction:

Hannity has a bug crawling on his neck as he promotes the upcoming show segments. pic.twitter.com/xExG3g9KMC

Later in the broadcast, the host tried to laugh off what had happened, commenting:

“Earlier in the program, unbeknownst to me, I had a bug crawling on my collar during the show. I didn’t even feel it!”

Dude! We know! We saw it and it creeped us out.

It didn’t take long for social media to pounce:

It’s not a bug; it’s a feature

If it’s a cockroach it’s likely his relative

I feel bad for him. That poor bug!

That is hard to watch. The bug is creepy, too.

He’s been bugged by the deep state FBI!

I think it’s actually his brain making a run for it.

It’s one of the 7 million that inhabit and operate the Sean Hannity human suit.

Flies have a tendency to land on ?

@seanhannity prepping for the show? pic.twitter.com/1UQh5b9R7C

Boiled hams, even ones that talk, don’t feel a thing.

Well, that’s how Hannity makes US feel all the time, so…