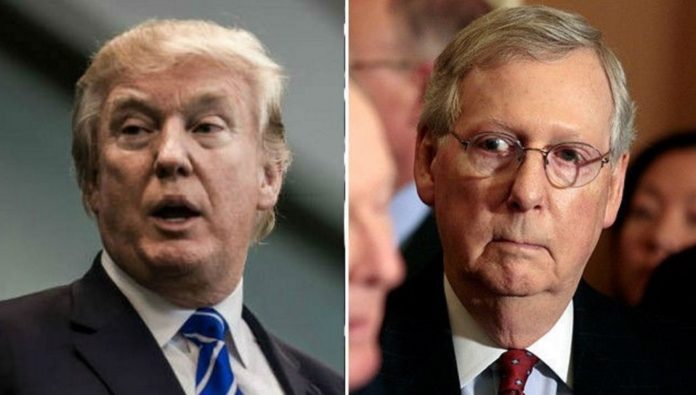 On Tuesday, Democrats took control of both houses of the Virginia legislature and defeated a sitting Republican in the state of Kentucky, one of the reddest states in the nation when Democrat Andy Beshear bested incumbent Matt Bevin despite a last-minute visit from President Donald Trump to bolster Bevin.

At that rally Trump held for Bevin, Trump told the audience:

“If you lose, they’re gonna say ’Trump suffered the greatest defeat in the history of the world. This was the greatest. You can’t let that happen to me!”

Tuesday’s results suggest that 2020 could be a blowout for the GOP, especially Senate Majority Leader Mitch McConnell (R-KY) and even Trump himself, who won The Bluegrass State by 30 points in 2016.

On Twitter, the celebrations were effusive and warned both McConnell and Trump that they were “next” to suffer defeat. Here’s some of the best tweets:

Dear @realDonaldTrump: Below is an example of The Angry Majority.#BlueWave https://t.co/72yAqJR2GB

Just north of Kentucky, in Indiana, this is another canary in the coal mine. Democrats do not win in Carmel, Indiana…until now. #BlueWave https://t.co/L0KIViVAiK

The incumbent Republican Governor just went down in flames.

What happened to all the winning Donald?#BlueWave

If a Democrat can win statewide in Kentucky’s gubernatorial race, #MoscowMitch should start packing up his Senate office now.

Get the message @realDonaldTrump?

We are seeing blue wave after blue wave.

We need to keep it up.

Trump went to the World Series and got booed.

Trump went to a UFC fight and got booed.

Trump went to Kentucky and the next day the state elected a Democrat Governor.