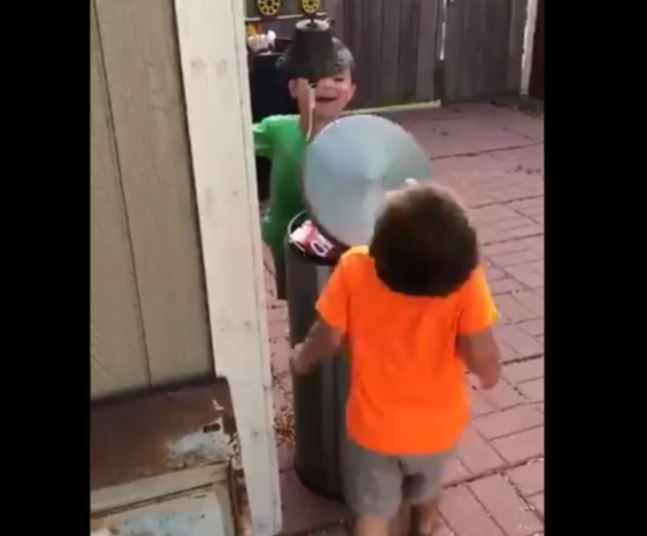 Sometimes the children lead us.

Like below, where two young ones are playing with one of those trashcans that have the lid that pops up when one steps on it. One might say these little boys present the perfect analogy to how Trump treats America, especially his base.

One of the little boys steps on the pedal, causing the can to lift and smack the other in the face. Then they both laugh.

Check it out below:

Boys being boys playing with a pedal trash can #Boyslife pic.twitter.com/iv1WYzCRRp

This is kind of like how Trump repeatedly has smacked groups, like farmers, in the face with his trade wars. Or how he and the GOP are constantly trying to invade a woman’s body so they can regulate it in ways they’d never consider with a business or a gun.

While some of his 2016 support among suburban women and rural farmers has slipped, he still does enjoy strong support among many of the groups he carried in the last election.