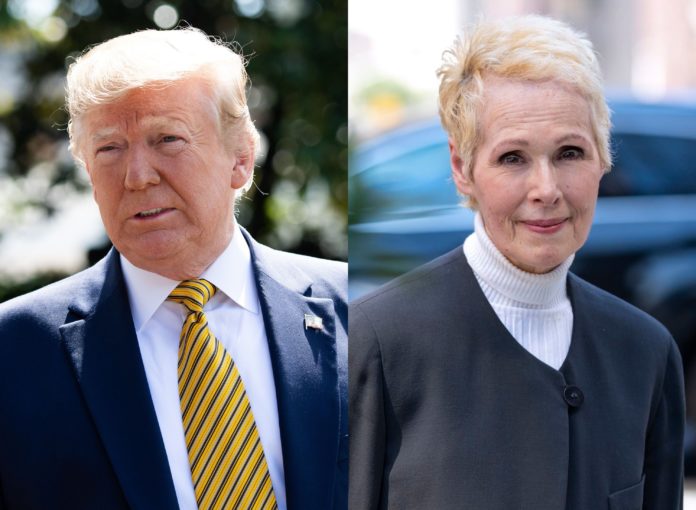 Two GOP senators have stepped forward and said they want to see the allegation of rape made against President Donald Trump by writer E. Jean Carroll investigated to determine the credibility of the accusation.

CNN reports that Senators Mitt Romney (R-UT) and Joni Ernst (R-SD) have made it clear that they want an “evaluation” of the rape allegation made by Carroll:

Sen. Joni Ernst of Iowa said both Trump and Carroll should be questioned about the alleged assault.

“I think anybody that makes an accusation like that, they should come forward,” Ernst said when asked if Carroll should be believed. “But obviously there has to be some additional information. They need to interview her. They need to visit with him.”

“It’s a very serious allegation,” Romney said. “I hope that it is fully evaluated. The President said it didn’t happen and I certainly hope that’s the case.”

Other members of the GOP, however, were only too happy to accept the president’s denial, which included a claim that Carroll wasn’t his “type.”

Lindsey Graham (R-SC), who is facing a difficult reelection battle in 2020, gladly jumped to the president’s defense, telling reporters:

“He’s denied it, and that’s enough for me. Until somebody comes up with something new.”

“I remember a pattern of conduct the press tried to conjure with Brett Kavanaugh that much of it proved to be incorrect. I’m not going to judge based on media reporting. If I have facts in front of me to the contrary, then that would be a different discussion.”

Other Republicans chose to deny and deflect, pretending they knew nothing about the controversy:

The willful ignorance of so many congressional Republicans is staggering. Rest assured that if such a charge had been made against a Democratic president, they’d be ready to begin impeachment hearings.