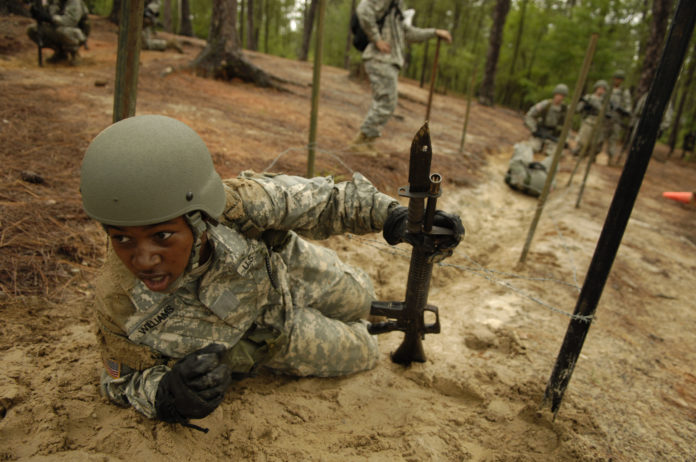 Last year, the United States Army failed to reach its annual recruiting goal for the first time in 13 years, so it decided it would use another approach to make sure the same thing didn’t happen in 2019.

Specifically, the Army lowered its goal by several thousand and easily managed to meet that lowered standard, the AP reports:

Last year, the Army brought in about 70,000 new active duty recruits, well below the 76,500 it needed amid low unemployment and tough competition from higher-paying civilian companies. Meeting the lower 2019 figure is considered a victory for a service that has struggled to compete for young people who are less familiar with the military and that was criticized last year for using more bad conduct waivers and other waivers to meet enlistment goals.

(The Army expect) to sign up more than 68,000 active duty soldiers for the fiscal year that ends Sept. 30, as the largest branch of the U.S. military increasingly turns to social media and other new online methods to find potential recruits.

Gen. James McConville, chief of staff of the Army, explained the lowering of the recruitment goal by noting:

“We’re smoothing out the Army’s growth. What we want to do is have modest growth over the next couple of years. And we’re trying to make sure that the end strength we have is high quality.”

And yet, the Army denies that the decreased goal was achieved by using what can best be called an accounting trick:

Army leaders dispute the idea that they lowered the goal to help meet expectations. Instead, they said they plan to gradually grow the Army from 476,000 members last year to about 490,000 by 2024, seeking more high-quality recruits who will be less likely to fail or get injured in early training.

Originally, the Army had relied on reducing its standards for recruits, no longer denying entry to those who admitted to past marijuana use, bad conduct, or problems with their overall health. But doing so drew concern from many quarters, including Congress, which appropriates the funds that keep the military going:

The use of waivers triggered worries that the service would repeat mistakes made during the war buildup when recruiters brought in more youth with histories of misconduct, drugs and crime, which led to discipline and behavior problems in the units.

Now Army leaders say they have reduced waivers and improved the quality of recruits.

The Army has also been somewhat slow to embrace recruiting in the digital world, but that too is changing, as more potential recruits prefer to communicate via the internet instead of going to a recruiting station, according to Army acting Secretary Ryan McCarthy:

“We’re embracing the digital age. You need to touch the same set of eyeballs about six times before they have a conversation with a recruiter.”