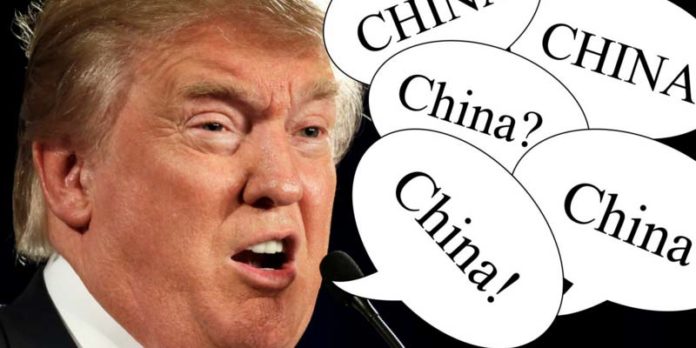 Over the past few days, President Donald Trump has been touting the great success he’s having in negotiating a new trade deal with China, even tweeting out that the Chinese had agreed to drop all tariffs on American cars:

China has agreed to reduce and remove tariffs on cars coming into China from the U.S. Currently the tariff is 40%.

Sounds good, but it appears to be an empty promise, one of thousands Trump has made since taking office.

Even the financial world seems to have lost all faith in this president, with JP Morgan warning investors that Trump’s assertion has absolutely no basis in reality.

In a note sent to their investors, JP Morgan says there is a “valid reason for caution” as it relates to investing money based on specious claims from the president:

“It doesn’t seem like anything was actually agreed to at the dinner and White House officials are contorting themselves into pretzels to reconcile Trump’s tweets (which seem if not completely fabricated then grossly exaggerated) with reality.”

Trump has virtually destroyed major sectors of the American economy with his foolhardy trade war, causing the auto industry to contract and leaving many farmers unable to sell their crops overseas due to retaliatory tariffs put in place by China and other nations that have been targeted by the Trump administration in a futile attempt for the president to look tough.

Twitter users had some brilliantly snarky comments regarding Trump getting caught lying yet again:

It’s just so out of character for Trump to make something up or exaggerate facts tho.

Isn’t that going to be the post-mortem for this idiot’s administration? “Completely fabricated and grossly exaggerated compared to reality.”

Donald Trump declared that he struck “an incredible deal” with China and started boasting about its provisions.

That “deal” doesn’t actually exist — which has made things quite awkward for Trump’s aides.

For his next lie, perhaps Trump will tell us he’s solved the world’s food shortage problem by negotiating a deal with God to produce more potato chips and milk. It’s gonna be HUGE!