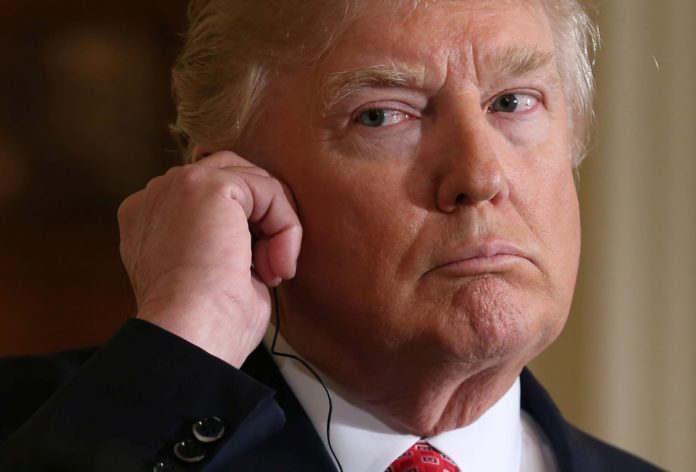 A whistleblower complaint regarding a pledge Trump made to a foreign leader during a phone call in July has been deemed “credible” and an “urgent matter” by the Inspector General of the intelligence services appears to revolve around a July 25th phone call to Zelensky in which Trump dangled military and financial aid to pressure the Ukrainian government into launching an investigation into Biden and his son Hunter over involvement with Ukrainian gas company Burisma.

So far, no such investigation has taken place because there is no evidence of illegal activity.

But, there is evidence that Trump tried to bribe Ukraine into starting a witch hunt for him against his potential 2020 Election opponent in an effort to get dirt on him.

According to The Daily Beast, a senior adviser to Ukraine’s interior ministry confirmed that Trump sought “kompromat” to use against Biden in the upcoming campaign.

“Clearly, Trump is now looking for kompromat to discredit his opponent Biden, to take revenge for his friend Paul Manafort, who is serving seven years in prison,” Anton Geraschenko told the publication just before news of the whistleblower complaint broke. “We do not investigate Biden in Ukraine, since we have not received a single official request to do so.”

Indeed, Trump doesn’t want to make an official request because he would have to explain to Ukraine why he wants such a probe to be undertaken. He would rather arrange things under the table by hook or by crook.

The problem is that promising military support in exchange for what would be considered election interference on his behalf is illegal, not to mention an abuse of taxpayer dollars by using it for opposition research.

“If President Trump promised President Zelensky security assistance as a quid pro quo for launching politically motivated investigations against his 2020 presidential opponents, that would constitute a clear abuse of office by the president,” he said. “At this point, however, we don’t know all the facts, which is precisely why Congress needs to get to the bottom of this.”

This whistleblower complaint must be seriously damaging to Trump if his administration is working so desperately to keep it a secret from Congress, which is against the law. If it’s that bad, impeachment is no longer a question, it’s the only option on the table to deal with this lawless president.