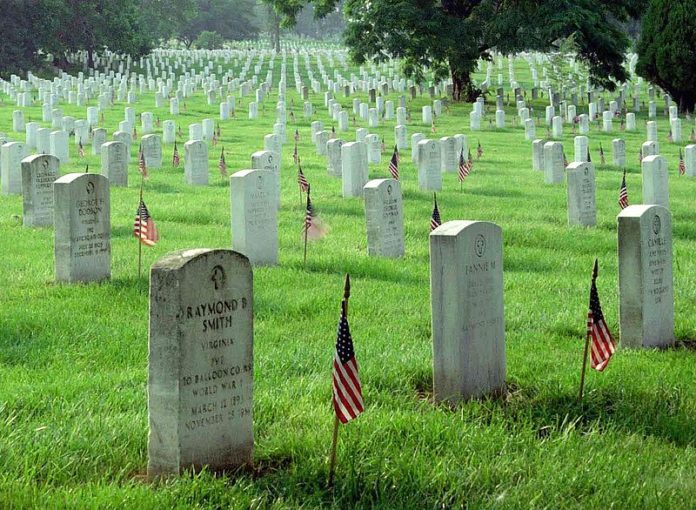 The US Army marked Memorial Day weekend by asking Twitter users how serving in the military has impacted them. The harrowing answers they received should make us all demand accountability and an end to all war.

As our country continues to fight in endless wars overseas and is inching toward new wars in Iran and Venezuela, the US Army asked a question it likely won’t ask again in the future.

How has serving impacted you?

It may seem like a simple question, and the US Army was likely hoping for far different answers, but the answers they did receive makes it clear that serving is a hell that no one should be put through.

Twitter users who served or knows someone who did testified in chilling detail about the impact of military service.

oh wait I have another brother who served also without fighting

and the stories he told FROM STATESIDE

Oh, ya know, PTSD, depression, anxiety, nightmares- all from sexual harassment during my service that nobody was ever held accountable for. The master chief who could have ended it (but didn’t) is now CMC of an entire Navy Region, but I got kicked out for reporting harassment. 🤷🏻‍♀️

I spend sleepless nights wracked with guilt because none of the horror and suffering I’ve seen even matters; because we’re all just grist for a pain-mill run by madmen; because if I speak up and say “endless war is wrong” my battle buddies, fighting their own demons, ostracize me

Sexual harassment every day. Experiencing sexual assault. Protecting others from sexual assault. Sleeping w/ a knife @ night & holding my body against a door as a drunk male banged on our barracks door. A fear that never leaves me. That is how serving has impacted me.

It made me realize that we are cogs I’m a war machine and when we are no longer useful we are discarded. We use these fake creeds and ethics to make ourselves feel as if we matter and because of financial stability keep going on. It has broken and destroyed who I was.

Just lost my cousin to stage 4 cancer from drinking “dirty” water at Camp Lejeune. Served his country without complaint right up until he couldn’t stand anymore. He was my life long hero. Left behind a wife and two beautiful kids. https://t.co/aDIn12nV5R

My Uncle served and did 3 tours one in Iraq and two in Afghanistan. His stories are horrific, he suffers from PTSD and a TBI from an explosion. He is an opiate and meth addict now. After his last tour he beat his fiance and choked her when she tried to wake him from a nightmare.

My wife and I served in the @USArmy. We spent over 5 years geographically separated from each other. She was sexually assaulted on deployment and kicked out of the army for seeking treatment bc she was then deemed unfit for service. I got out bc her assaulters went unpunished.

I lost custody of my son. I came home from Afghanistan then my service was used against me even though this was my first deployment and not knowing how to defend against someone who is dishonest in court. Smh. Sacrifice is bs. #femaleveteran #warishell #mycountryforgotme

My best friend joined the army seeking a greater purpose, but has only descended further into alcoholism and mental illness. He hasn’t even seen combat. There’s something very wrong with the images of heroism the army advertises to these impressionable young people.

As a mother, I was proud of my son as he signed up to serve his country during his last year of High School. He served 3 deployments in Iraq. That young man with his whole life in front of him is now broken mentally and emotionally beyond recognition and the Army isn’t helpful.

I quit serving because my wife was shot in Iraq and I sustained a major concussion in an airborne operation, yet the VA refuses to increase my disability percentage. I’ve been homeless several times and struggled ever since.

I’ll reply on behalf of my HS tennis doubles partner because he can’t. He’s dead because his PTSD drove him to suicide.

Other than setting my career-life back 3 years, started smoking for 25 yrs, crippling anxiety/OCD, trust issues and GWS from many ailments I can attribute it was great! Oh yeah renegged on every promise when I signed up but still made it. Dont Believe The Lies!

There are thousands of responses just like these and some that are even more horrific. Military recruiters misleadingly glorify service and young people pay a price that no human being should pay in the service of their country. Service not only affects them, it affects their friends and families.

It’s time to end the culture of war and violence that has dragged on for decades. These stories should make us all demand change. If we truly want to honor the fallen, we need to do a better job of taking care of the living.