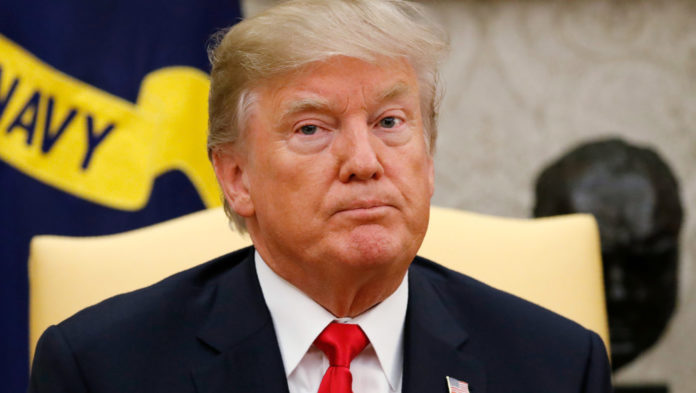 On June 10th, Trump is poised to follow through on his threat to impose new tariffs against Mexico that will increase until our southern neighbor does as he demands and blocks immigration to the United States.

Such a tariff would further devastate farmers and would hurt American automakers as well.

Exports fell the most in three years, partially reflecting lower demand for civilian aircraft following the worldwide grounding of Boeing Co.’s 737 Max model, though the decline in shipments abroad was broad-based… Goods shipments to China fell to $8.5 billion in April from $10.2 billion the prior month and are down 20% year-to-date, while imports from the nation have declined 13.2% in 2019.”

Overall U.S. imports posted the biggest drop since January on declines in inbound chemicals, semiconductors, autos and consumer goods. Merchandise demand was the lowest in more than a year.

Obviously, the lack of trade on both sides has resulted in a narrowing of the trade gap, but “it’s come at a cost to American companies that have lost export business or are paying higher prices.”

“The shifting policies are really making it difficult for businesses to try to plan ahead and try to get their supply chains in order, and it’s most evident in these big fluctuations that you’re seeing in imports and exports on a monthly basis,” Ryan said.

“A considerable drop in trade volumes — both exports and imports — since last year is a cause for concern with respect to growth prospects for both domestic producers and consumers,” they said.

In short, narrowing the trade gap may be a good thing, but the way Trump is doing it is wrong and his strategy is getting ready to backfire even worse than it already has on our farmers and manufacturers.

If he pulls the trigger on tariffs against Mexico, the dam could burst wide open.