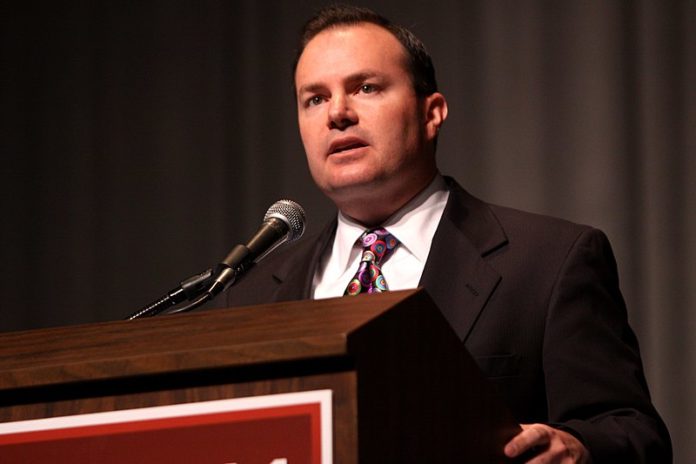 Senator Mike Lee (R-Utah.) is finding himself in hot water with a major women’s group in his state this week after he took to the Sunday news shows to defend President Donald Trump despite the damning findings of the Mueller report.

During an appearance on CBS’s Face The Nation, Lee refused to change his mind about Trump even though the report lists ten instances of obstruction of justice and reveals Trump’s effort to sabotage a legitimate federal investigation into an attack on our country by Russia during the 2016 Election.

But members of Mormon Women for Ethical Government disagree, and they are demanding answers from Lee in an open letter published in the Salt Lake Tribune.

“We assume that you, as our senator, and one who has taken an oath to defend the Constitution and “well and faithfully” execute the duties of your office, have read it,” the women wrote. “Yet, on CBS’s “Face the Nation” this past Sunday, you seemed not to be familiar with its full contents.”

When you state that nothing in this report changes your view of this president, do you mean that you already fully understood that President Trump was doing whatever he could to obstruct justice and was “saved” only because his staff refused to follow his orders? Do you mean that you support the president despite this unethical and self-serving behavior?

And, if you mean the above, do you mean that you have abrogated your responsibility to the nation and its Constitution and laws? That would be intolerable.

“We ask you not to tolerate intolerable things,” the letter concludes. “We ask you to approach the facts and the findings of the Mueller report with a firm commitment to truth, not with predetermined ideas and partisan close-mindedness. You have always presented yourself as a staunch defender of the Constitution and so we ask that you, in fact, do all that you can to safeguard the supreme law of the land and our founding principles, even when it may not be politically expedient.”

While Lee is not in danger of losing his seat in 2020, he is up for re-election in 2022. And if he continues to refuse to do his job and does nothing but act as one of Trump’s protectors, he could find himself facing the wrath of angry voters who expect him to put the Constitution above loyalty to a criminal president.