The United States Blues
Home Business Verizon says it can eliminate those annoying robocalls by the end of... 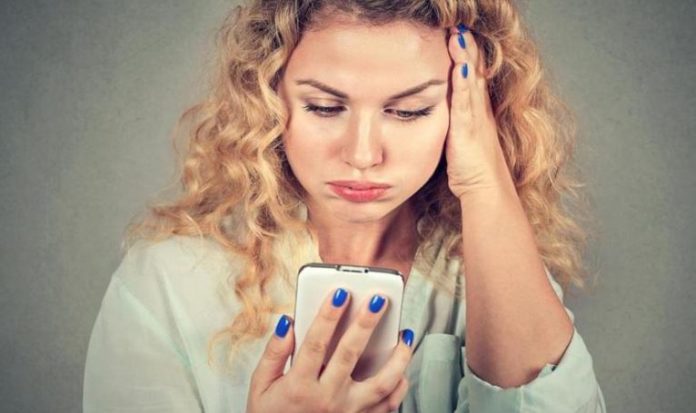 Verizon, the nation’s largest telecommunications company, is set to announce a new filter to finally block annoying robocalls, many of which are often scams to dupe Americans.

Robocalls are, by far, the subject of the most complaints by Americans to the federal government.

And that’s why Federal Communications Commission chairman Ajit Pai demanded that the major telecom companies do something to reduce the number of robocalls Americans receive.

“If these tools are not implemented this year, we are committed to taking regulatory action,” the FCC warned.

Americans are getting bombarded with unwanted phone calls about everything from fake charities and security services to fraudulent tax collectors. More than 47.8 billion robocalls were made in 2018 alone, both legal and illegal — a 57% increase over the previous year, according to YouMail, a third-party robocall blocking software company. New voice-masking technologies cold also be making the calls more dangerous.

Indeed, these kinds of calls happen all the time to just about everyone, sometimes even multiple times in a day.

Verizon is now offering software that promises to change all that — for their customers at least.

In a Fox News report, Verizon is claiming they can eliminate the problem “by the end of the week” possibly — with that new software.

Others contend that the software will not eliminate some of the “spam” and that fraudsters “will always find a workaround.”

Here’s the report via Fox News below:

And we can thank HBO host and comedian John Oliver for shining a light on this issue earlier this month when he hilariously promised the FCC that he would continue bombarding them with his own robocall if the agency failed to act.

That being said, there are ways consumers can help telecoms like Verizon put an end to robocalls faster. If everyone who gets such a call were to report it to their phone company along with the phone number, they can add it to the database that the technology uses to block the calls. It’s not perfect yet, but at least the telecoms are starting to fight back.

Also, if Verizon’s new software-based attempts are successful, expect other companies to follow suit — as they usually do.