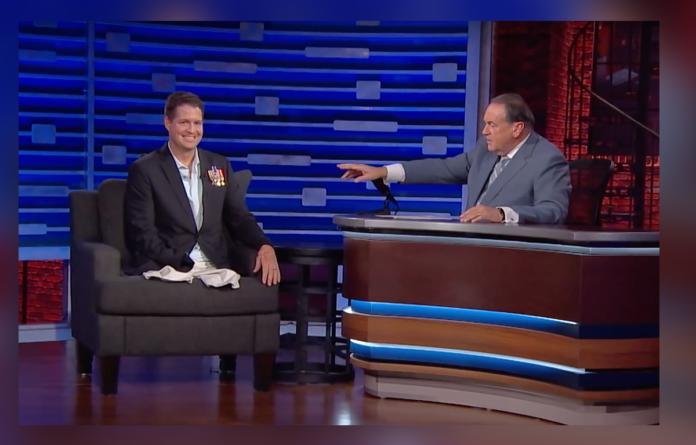 (Story is updated below original article)

Trump and the GOP lead our country into the longest government shutdown in history, a standoff over Trump’s failure thus far to secure funds for his dubious border wall campaign promise. The majority of taxpayers never wanted to pay for it and neither did Mexico. So, as a last effort to fund the wall, thousands of people donated to a questionable GoFundMe page created around the holidays to independently fund the wall.

Trump supporting donors may have thought it was a feel-good story of a US veteran who would save the day and raise the cash they previously heard Mexico would provide. Today, GoFundMe is refunding all donations since the campaign did not reach the goal of $1 billion dollars. Now those who contributed are being asked to donate to another “charity.”

BusinessInsider reported that a GoFundMe spokesperson, Bobby Whithorne, said all donors would receive a refund, including one anonymous donor who contributed $50,000.

Today, the US veteran and triple amputee who started the page, Brian Kolfage, has suggested that the “liberal media” is lying about the refunds. In an update on the GoFundMe page, he posted:

“The liberal media is LYING and saying all funds are being refunded! That is NOT true! WE the people are building the wall instead with our nation’s leading experts! SEE GOFUNDME PAGE! $1 BILLION is still our goal!”

Surprised to see this am @BrianKolfage still using GoFundMe to solicit wall funds even though GoFundMe said it would be refunding all donations that don’t separately opt in to the new org. GFM tells me: “It's up to the organizer to turn donations off.” https://t.co/H0XEzfZ2lF

Kolfage has posted a YouTube video to the GoFundMe page, suggesting that he is voluntarily changing strategy, realizing that Democratic leaders would not use the fund collected for the wall.

“Do you really think the Democrats in Congress will take the money you donated and put it towards the southern border wall?” asks Kolfage. “I doubt it. That’s why we are changing our mission from We Fund the Wall to We Build the Wall.”

Now Kolfage is asking supporters who receive refunds to actively redirect their donations to ‘We Build the Wall, Inc.’ or they will receive a full refund from GoFundMe.

After reaching out to “experts,” Kolfage came to the conclusion:

“…Unanimously,” Kolfage said, “we have all come to the conclusion that the federal government won’t be able to accept our donations anytime soon.”

So in reality, it doesn’t appear that party affiliation in Congress had as much to do with the shift in strategy as did obtaining a nonprofit status to receive donations. Nevertheless, Kolfage appears to be pushing forward to privately build a wall.

Keep in mind that by making this move, Kolfage can go from being an unpaid liaison of those donations to being able to draw a salary from those donations or extract money in a number of ways. Based on some of his past dealings, this seems like it could be an effort to do just that.

However, one tiny problem: a private company won’t have the ability to seize land on the border without the government.

Kolfage told Insider that he was confident citizens would give up their land voluntarily. He said We Build the Wall, Inc. was:

“Already taking action on identifying the most densely crossed areas of the border, soliciting affected landowners along the Southern border, and ascertaining the willingness of border landowners to provide no or low-cost easements on their property for wall construction.”

Ask yourself how likely it would be for this nonprofit to secure lands across the entire southern border, based on private donations and people willing to give up their property. Undaunted, Kolfage has recruited a notorious cast of characters he claims are involved in the project on the GoFundMe page.

The cast of characters includes:

If you’ve gotten this far and you’re still ready to donate your hard-earned cash in the name of Trump’s border wall, then it might pay to take a closer look at Brian Kolfage’s past as well as business associates. Business Insider also shared a report that some of Kolfage’s background was omitted on GoFundMe. For example, he once ran a rightwing “conspiracy-theory” Facebook page, Right Wing News, which was kicked off the platform for “inauthentic activity.”

Our own Sean Conners has expounded on Kolfage’s controversial past, a real eye-opener of vicious attacks and lawsuits over Facebook posts as well as a prior questionable fundraising effort in the name of an ailing vet. The thousands of people who donated to his GoFundMe page may not see him as the prototypical “war hero amputee” so much as someone like Donald Trump himself. We’ll just leave it at that.

To end this on a high note, a rival GoFundMe page to “buy ladders to get over Trump’s wall” remains in place to raise funds for Refugee and Immigrant Center for Education and Legal Services (RAICES) , a Texas-based nonprofit that “promotes justice by providing free and low-cost legal services to underserved immigrant children, families, and refugees.”

The idea was created partly by Charlotte Clymer, a transgender army veteran.

Did you know that Texan Charlotte Clymer started the gofundme 'Ladders to Get Over Trump's Wall' and that it isn't about ladders at all?https://t.co/gDiZDzjZPn A perfect response to hate.

Despite a W-2 showing #GoFundTheWall creator Brian Kolfage owns a network of fake news sites, the only one he claims any affiliation with is "Right Wing News."

Right Wing News' COO is "Steven Smith" … who is a stock photo.https://t.co/hV0LWe0Xal pic.twitter.com/iGkZ5iKeJN

UPDATE: The Daily Caller (conservative news outlet) is also calling into question Kolfage’s motives. According to them, Kolfage is refusing to clearly answer their questions about his ability to extract funds. Below are some excerpts from their report:

Kolfage claims the bylaws of We Build The Wall, Inc. prevent him from taking any salary from donor funds that originate from GoFundMe. But Kolfage has refused to provide The Daily Caller News Foundation a copy of the nonprofit’s bylaws to corroborate his claim.

Kolfage’s statement omits the fact that he is now directing check donations to an entirely different organization, We Fund the Wall, Inc. with a PO Box in Houston.

Kolfage has ignored multiple inquiries from TheDCNF asking why he’s directing check donations to a separate organization based in a different state, and whether donations sent to We Fund the Wall, Inc. can be used to compensate him in any way shape or form.

Furthermore, TheDCNF has been unable to find any record of We Fund the Wall, Inc.’s formal existence, and multiple inquiries requesting the organization’s founding documents have gone ignored.

“There could be some kind of misdirection of funds or something going on there that people might not be happy about,” Borochoff added. “They really need a good reason for doing that.”

Kolfage has also refused to address why he waited until Friday inform his donors about the existence of his new nonprofit organization, which was founded over two weeks ago on Dec. 28, according to Florida’s Division of Corporations.