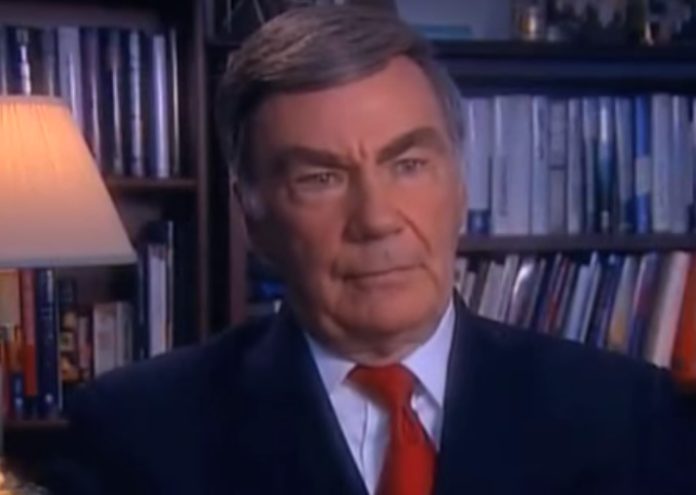 Veteran journalist Sam Donaldson, who has been covering the White House since the Kennedy administration in the early 1960s, shredded White House press secretary Sarah Huckabee Sanders on Friday night for being a liar.

Huckabee Sanders has not held a daily press briefing for quite some time now because she’s a snowflake who doesn’t like being called out for her lies. In fact, she even went so far as to insult the White House press corps this week by only answering questions from their kids instead of answering real questions about real issues our country is dealing with.

Her lying is so bad that it appears the only time she has told the truth is when she testified to Special Counsel Robert Mueller that she lies. Lying to him would have resulted in jail time, something former White House press secretary Joe Lockhart pointed out last week.

But even after she admitted she lies for President Donald Trump, she has continued to peddle lies, which CNN anchor Anderson Cooper highlighted on Friday night before turning to Donaldson for his take.

“I’ve had the pleasure of working with almost every press secretary beginning with John F. Kennedy’s administration,” Donaldson began. “And except for Ron Ziegler who lied for Richard Nixon, I’ve never seen anything like this with Sarah Sanders.”

“And there’s a difference,” Donaldson noted. “Ziegler lied about one thing, the question of whether the president of the United States was covering up the Watergate particulars and all the questions that had to do with that. But if you asked him a question about foreign policy, domestic policy, he would try to say what he thought the facts were and would often be truthful.”

“On the other hand, Sarah Sanders simply lies about everything taking a cue from her boss,” he continued before landing a devastating zinger. “Not just one thing. I think she gets a lifetime achievement Oscar for lying.”

But he did try to sympathize with Huckabee Sanders because she takes her orders from Trump.

“And let’s face it, I don’t know her,” he concluded. “I feel a little sorry for her because it’s the boss who does it. She takes the cue from him. Leadership begins at the top. So it’s all the bad things that happen in the administration.”

Trump claims he’s the most transparent president in history, but the White House has not held a “daily” press briefing in a record-breaking number of days