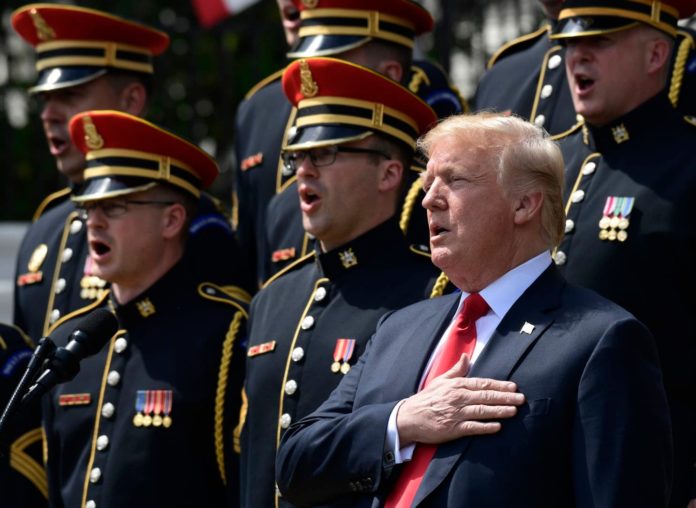 President Donald Trump is about to take over $200 million from the fund used for military pensions in order to pay for his border wall, and many veterans are saying the move is disgraceful and a slap in the face of those who have served the country with honor.

The Wall Street Journal reports that Trump plans to steal $224 million from the military’s new blended retirement system, despite the president’s repeated promises that Mexico would be financing the wall on the Southern border.

Will Goodwin, an Army veteran and director of government relations for VoteVets, slammed Trump’s move, noting:

“It is abhorrent, unpatriotic and disgraceful that Donald Trump is raiding funds that had been appropriated for our troops’ retirements, to fund his racist wall.

“Donald Trump, every day, is proving himself to be anti-troop and anti-military family. Today, however, is a particularly egregious example of that.”

“Service is the backbone of my community, and I am the daughter, granddaughter, and sister of servicemen and veterans. To think that our president is robbing our military pensions to go against the will of the American people is incredibly disturbing.”

In addition to raiding the military pension fund, Trump also plans to steal money from other military accounts. Puerto Rico alone stands to lose as much as $400 million in funds allocated for military projects. The administration will also take $604 million away from support for Afghan security forces which are helping to keep the peace in that troubled nation.

The administration says the cuts to military benefits will not impact troop readiness.

But despite that assurance, the move by the president is not sitting well with many in Congress.

Once again, we see that Donald Trump will betray absolutely anyone — including veterans — in order to get his way and build his border wall.