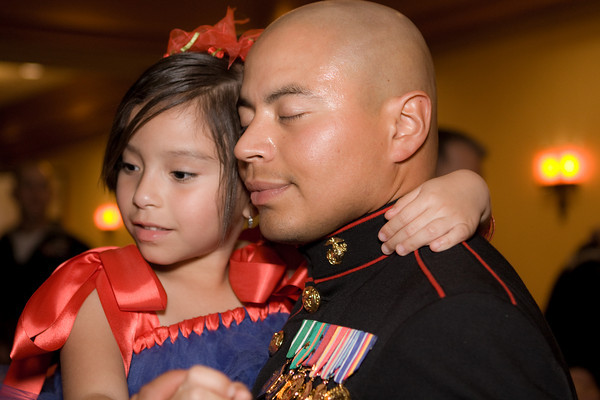 Veterans and currently serving military personnel are outraged after the Trump administration announced a new policy declaring that children born to troops overseas are no longer considered automatic American citizens.

United States military bases overseas are considered sovereign American soil, therefore, if a child is born to a soldier on that base, they are American citizens. Period.

Had this new rule been in affect when the late-Senator John McCain was born in the Panama Canal, he would not have been considered an American citizen by birth.

The same can be said for thousands of children born over the decades to parents serving abroad, including my own brother, born in Germany in 1988 just years before the Berlin Wall fell.

My mother gave birth to him on an American military base. My father, who later would go on to serve during the Gulf War, helped deliver him as he served as an Army nurse at the hospital.

But again, Trump wants to take those rights and privileges away from our troops and their children.

“The policy change explains that we will not consider children who live abroad with their parents to be residing in the United States even if their parents are U.S. government employees or U.S. service members stationed outside of the United States, and as a result, these children will no longer be considered to have acquired citizenship automatically,” USCIS spokesperson Meredith Parker told Task & Purpose.

The policy goes into effect on October 29th and has already received backlash from retired and active military.

As a Veteran who has a kid born overseas, I am at a loss for words suitable for twitter! |:Trump admin says children of US soldiers born overseas will no longer get automatic American citizenship https://t.co/EbiG0ZASuv @votevets #veterans

Military troops write a blank check, up to and including their lives. Not enough! Says Trump, now he wants them to sacrifice their children. 2020 can’t get here soon enough!#kimforcongress @votevets @kylegriffin1

This is such bullshit. This will discourage many members of our military from serving overseas. Congress needs to act to stop this. https://t.co/cwd1PNwlNa

Babies born on American soil to those serving in Korea, Germany, or anywhere else our servicemembers or civil servants are deployed are no less American than you, me, or the President of the United States. https://t.co/JDxz7TbmUC

As a veteran who served overseas, who had many friends who had children overseas WHILE THEY WERE SERVING THE MILITARY, can I say that stripping their children of the citizenship OF THE COUNTRY THEY ARE SERVING IS EVIL AND INSANE.

I am a child of US Soldier. My mother gave birth to me at Berlin Army Hospital in 1972. My father was a Soldier. I’m also a veteran myself. I’ll sum up my contempt at this policy: #FuckThesePeople https://t.co/ME60hwxFil

In addition, US Army veteran and VoteVets Director of Government Relations Will Goodman condemned the move in a statement.

“While this new policy alert raises more questions than answers, it makes one thing abundantly clear – the children of Americans who risk their lives in uniform are not automatically citizens of the United States. That is an abominable and anti-patriotic position for the Trump Administration to take.

Tonight, there’s someone likely on patrol in a war zone, or at an embassy, who is scared to death that their child is no longer a citizen, just because they were born overseas. There are military families sitting at the kitchen table, trying to figure out how this might affect their child’s benefits. The stress and strain that this is causing military families is a cruelty that one would never expect from a Commander in Chief.

We would say Donald Trump should be ashamed of this, but it is clear that he has no shame, at all.”

If President Donald Trump truly respected the troops, he wouldn’t be making this policy change. Because this will only hurt military families.