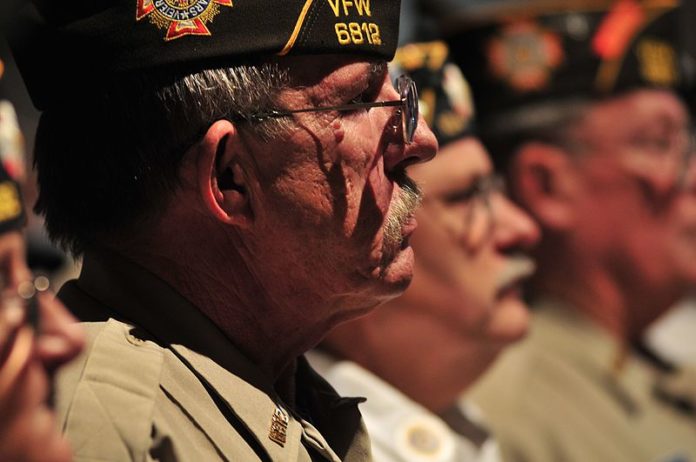 The largest veterans group in the country, Veterans of Foreign Wars (VFW), has condemned Senator Mike Enzi (R-Wyo.) for blocking a bill that would fund care needed by Vietnam veterans.

President Donald Trump and Republicans have been talking for the last two years about how much they love the military and our veterans, but when it comes to walking the walk, Republicans demonstrate the opposite.

The Blue Water Navy Vietnam Veterans Act of 2018, also known as H.R. 299, would provide the necessary care to veterans of the Vietnam War who suffered the effects of Agent Orange, a chemical the United States military used to wage herbicidal warfare against the North Vietnamese from 1961 to 1971.

Over that decade, thousands of American troops were exposed to the chemical and ended up developing cancer and other serious problems because of it.

The bill is designed to help more of these veterans who were exposed, but Enzi is preventing the bill from going to the Senate floor for a vote because he claims that our nation can’t afford to take care of our veterans, even as we somehow can afford perpetual warfare around the globe in which thousands more veterans will be coming home with physical and mental ailments that will need tending.

“On this bill, many of us have been made aware of the potential cost growth and the budgetary and operational pressures that would happen at the VA,” Enzi said on the Senate floor in opposition to the bill.

Enzi’s action immediately drew the wrath of the VFW, whose commander roundly condemned him and called for Republican leadership to move the legislation forward.

“If we can afford to send veterans to war, it’s unacceptable that we can’t afford to take care of them when they return home wounded, ill or injured,” VFW National Commander B.J. Lawrence said in a blistering statement. “Agent Orange made Vietnam veterans sick, and even the former Institute of Medicine agrees when it concluded that there isn’t any scientific basis to treat Blue Water Navy veterans any different in regards to Agent Orange exposure than their peers who served on the land or inland waters of Vietnam. What the senator just did was fail some 90,000 so-called Blue Water Navy veterans — many of whom reside in his state — who had their disability eligibility taken away in 2002 after regulatory changes. His obstruction forsakes our nation’s promise to take care of those who were injured or made ill due to their military service.

“Senator Enzi’s objection now jeopardizes the chance that H.R. 299 can pass,” Lawrence continued. “My disappointment with Senator Enzi’s obstruction is beyond measure, because what he did was fail to take care of forgotten veterans who were exposed to toxic substances, and he failed to take care of their children who sadly inherited a toxic legacy. The VFW nor its members will forget this. Senator Enzi failed America’s veterans. The VFW hopes Senate leadership does not do the same.”

Enzi is blocking a bill that was passed unanimously by the House. Not a single member, Democrat or Republican, voted against it. But Enzi is holding up in the Senate, and he’s a staunch supporter of Trump as well as a high profile member of a Republican Party that recently got their asses handed to them by the American people in the midterm election that cost the GOP control of the House.

This is proof that Republicans don’t care about our veterans. And it should be enough to cause a massive backlash against the GOP now through 2020 when American voters can once again clean house and put lawmakers in power who will take care of our veterans while working hard to stop more wounded veterans from being created by wars we have no business waging any longer.