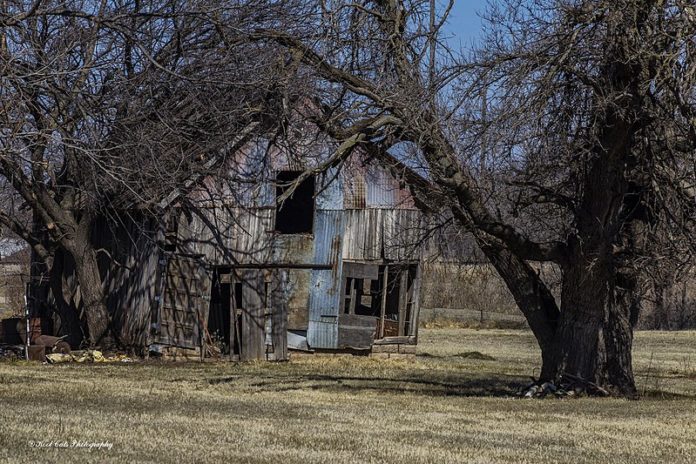 Big Wall Street banks that supposedly came to the rescue of farmers in the Midwest in the wake of the Great Recession are now betraying them as President Donald Trump’s trade wars continue to take their toll.

Trump’s tariffs resulted in devastating retaliatory measures from China and Mexico, including both nations reducing their purchases of American crops such as soybeans, for which China used to be our top customer. Farmers have lost billions of dollars as crops rot and they have also suffered from storms and flooding that has wiped them out along with any hope to plant a crop this year.

As a result, big banks that farmers relied on for financial support, are abandoning them because they are no longer a safe investment.

JPMorgan grew its farm-loan portfolio by 76 percent, to $1.1 billion, between 2008 and 2015, according to year-end figures, as other Wall Street players piled into the sector. Total U.S. farm debt is on track to rise to $427 billion this year, up from an inflation-adjusted $317 billion a decade earlier and approaching levels seen in the 1980s farm crisis, according to the U.S. Department of Agriculture.

But now – after years of falling farm income and an intensifying U.S.-China trade war – JPMorgan and other Wall Street banks are heading for the exits, according to a Reuters analysis of the farm-loan holdings they reported to the Federal Deposit Insurance Corporation (FDIC).

That’s yet another setback that farmers cannot afford, forcing many to declare bankruptcy or retire.

“My phone is ringing constantly,” bankruptcy lawyer Barbara May said. “It’s all farmers. Their banks are calling in the loans and cutting them off.”

Gordon Giese, a Wisconsin farmer, had to sell cows, land and his farmhouse to clear his debts. Now his wife has to work 16-hour shifts to help pay the bills that farming used to cover.

“If you have any signs of trouble, the banks don’t want to work with you,” Giese said. “I don’t want to get out of farming, but we might be forced to.”

It’s the same story told by countless other farmers in the region, including in Iowa and in Missouri. And that will have serious consequences on our food supply and prices.

Many of these farmers voted for Trump in 2016, and most are regretting their decision because it has cost them dearly. In the past, farmers could deal with natural disasters that struck their farms by relying on the sale of crops they had already harvested, but Trump’s trade wars have taken that lifeline away. And now that they are losing support from banks, it is feared that a repeat of the Farm Crisis in the 1980s in going to happen.

And it’s all because farmers put their trust in a known liar who promised to fight for them.