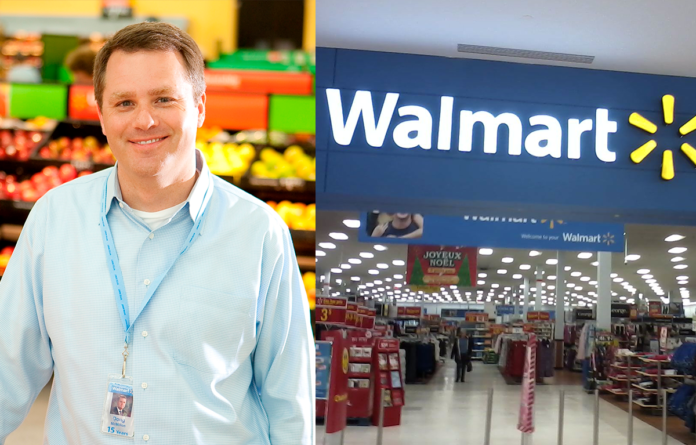 Senate Majority Leader Mitch McConnell and President Trump may not be doing anything about it, but Walmart stores announced on Tuesday that it would change store policies in response to deadly shootings in Texas and Mississippi Walmart stores.

Walmart CEO Doug McMillon shared the news with employees via a memo.

We’ve been working to understand the many important issues arising from the horrific events in El Paso and Southaven, as well as those raised in the national discussion around gun violence. Today, we’re sharing some next steps: https://t.co/chWzGf6Amv pic.twitter.com/Ye3xjjRdrh

“We encourage our nation’s leaders to move forward and strengthen background checks and to remove weapons from those who have been determined to pose an imminent danger,” McMillon said.

“We do not sell military-style rifles, and we believe the reauthorization of the Assault Weapons ban should be debated to determine its effectiveness.”

Customers at Walmart locations across the country may be expected to stop carrying firearms inside the stores. If a customer comes in the store carrying a firearm, the store manager has the authority to ask them to put the gun securely inside their vehicle before coming back. Not all Walmart stores will see this change, but it is now part of the company gun policy, respectfully requesting their support.

“There have been multiple incidents since El Paso where individuals attempting to make a statement and test our response have entered our stores carrying weapons in a way that frightened or concerned our associates and customers,” McMillon said. “These incidents are concerning and we would like to avoid them, so we are respectfully requesting that customers no longer openly carry firearms into our stores or Sam’s Clubs in states where ‘open carry’ is permitted — unless they are authorized law enforcement officers.”

And that’s not all.

According to Business Insider:

“The company also said it planned to end the sale of ammunition for handguns and some types of rifles, and it will stop selling handguns in Alaska, which is the only state where Walmart sells handguns.”

The company will continue selling shotguns and rifles to support hunters. In the mid-1990s, Walmart stopped selling handguns except for Alaska.

“Walmart announced in February 2018 that it would no longer sell firearms and ammunition to people younger than 21 and also removed items resembling assault-style rifles from its website. Those moves were prompted by the mass shooting at a high school in Parkland, Florida, that killed 17 people.
In 2015, Walmart stopped selling semi-automatic weapons like the AR-15 style rifle, the type used in the Dayton shooting. The retailer also doesn’t sell large-capacity magazines, handguns (except in Alaska) or bump stocks, nor the AK-style firearm that was used by the El Paso shooter.”

“We know these decisions will inconvenience some of our customers, and we hope they will understand,” McMillon said. “As a company, we experienced two horrific events in one week, and we will never be the same.”

“We are trying to take constructive steps to reduce the risk that events like these will happen again,” McMillon said.

McMillon is a gun owner and continues to support responsible hunters and sportsmen and women. While we all applaud this step, some, such as presidential candidate Elizabeth Warren, suggests Walmart must go further.

It’s time to elect leadership who will take common-sense steps to stop the constant gun violence in America.

This is a good start—but it's not nearly enough. Walmart can and should do much more. And we need real gun reform, now. https://t.co/3gAZZ5ZxOK