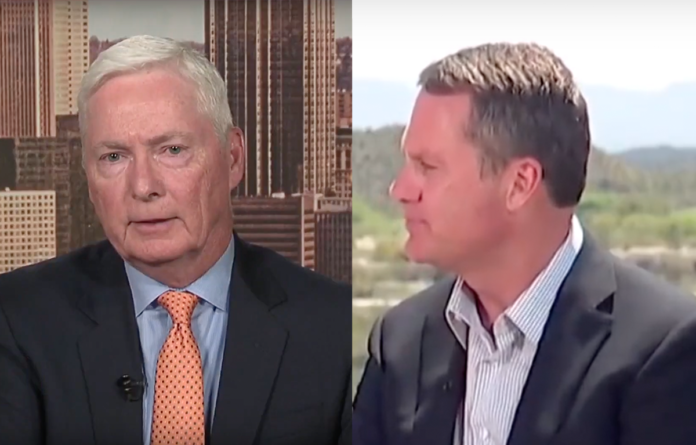 Gun violence in America is so rampant and so out of control that Walmart stores, the mainstay for many Republicans, has officially had quite enough. Walmart CEO Doug McMillon announced important changes to gun policies in all stores while imploring America’s leadership to consider reauthorizing the Assault Weapons Ban.

Of course, such a relatively strong stance on gun control is sure to provoke some customers, especially those who can’t seem to leave the house without carrying a weapon. Critics on the far right will accuse McMillon of inflicting financial ruin by alienating gun rights advocates.

However, we can look at a similar case and determine Walmart is doing the responsible thing and could very well be handsomely rewarded. Not to mention, lives may be saved, and McMillon may encourage other CEOs to take similar stances on reasonable gun control.

How do we know?

Take the example of Dick’s Sporting Goods, which removed assault-style rifles and high-capacity magazines from 125 stores in March 2019. It was the “the loudest public statement about firearm sales” from a mainstream retailer.

CEO Ed Stack responded to the school shooting in Parkland, Florida on February 14, 2018, that killed 17 people. The store had legally sold a shotgun to Parkland school shooter Nikolas Cruz in 2017, not used in the shooting.

Dick’s first tested the waters by removing all hunting gear from ten stores to see how people would respond.

“Those stores outperformed the balance of the chain pretty meaningfully,” Stack said.

The company destroyed the firearms rather than sell them to another retailer, losing $150 million in sales. Then Dick’s hired gun lobbyists to work on gun safety and gun control issues. The chain also raised the age for the sale of any firearm to 21 from 18.

The store experienced an initial backlash from gun enthusiasts but also won praise from gun control opponents. Today, the company is considering pulling out entirely from the “hunt” business, including firearms, according to CNN Business.

In a tough market, Dick’s Sporting Goods stocks are jumping up 9.5% following a better-than-expected second-quarter earnings report, according to Barron’s. The high earnings place the company in great standing beside retail industry leaders.

“Dick’s is one of the few retailers expanding instead of contracting—it is now projecting eight new store openings, instead of 7.”

Now the company will consider making more changes to its hunting merchandise.

“For the full year, Dick’s expects to earn between $3.30 and $3.45 a share, up from a previous range of $3.20 to $3.40, and compared with the $3.31 consensus estimate. It thinks same-store sales will climb in the low-single-digit range, compared with prior guidance for a 2% rise. The company said the strategic review of its hunting business, including Field & Stream, is continuing.”

For those who claim that Walmart will suffer from taking similar stances on gun control, we beg to differ. In fact, most Americans want common-sense gun control measures, even among NRA members. It’s clear that those who refuse to address the violence are doing so for selfish and corrupt reasons.

If retailers like Dick’s and Walmart are rewarded for taking a stance, then that serves as proof. Americans want to end the ongoing gun violence. They will need to vote accordingly because it’s clear most Republicans are sold out to the NRA.

Take Edward Stack’s word for it:

“The country is looking for leadership, and it’s not coming out of Washington,” said Edward Stack.

“I know myself and a number of other people signed a letter endorsing HR8, which is for universal background checks. The House passed it, and it’s sitting on Mitch McConnell’s desk, and it seems to be going nowhere.”

See CEO Edward Stack talk about what Dick’s Sporting Goods is doing about gun violence below:

Other companies should take note — this is the wave of the future.