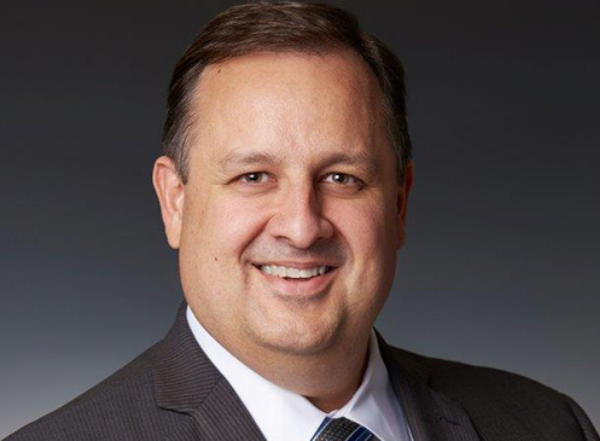 President Donald Trump got his ass handed to him on Friday by former Office of Government Ethics Director Walter Shaub in response to his complaint that prosecutors on Special Counsel Robert Mueller’s team have donated to Democrats.

In an early morning meltdown ahead of an anticipated announcement by Mueller, Trump lashed out at Mueller’s team and claimed they have conflicts of interest because of their past political contributions, totally ignoring the fact that Mueller and Deputy Attorney General Rod Rosenstein are Republicans, as is former FBI Director James Comey and current FBI Director Christopher Wray.

…..overturned, 9-0, in the United States Supreme Court. Doing same thing to people now. Will all of the substantial & many contributions made by the 17 Angry Democrats to the Campaign of Crooked Hillary be listed in top of Report. Will the people that worked for the Clinton….

Shaub saw Trump’s temper tantrum and decided to respond to it by doing a search of public records showing political donations. And you know who else gave political contributions to Hillary Clinton and Democrats? None other than Trump himself and his family, as Shaub would document on Twitter.

Know who else donated to Clinton? Ivanka Trump.
Guess who Jared Kushner donated to in 2013? Cory Booker.
Do these donations create conflicts of interest for them, Mr. Trump? Or does that only happen when you don’t like someone? pic.twitter.com/x7m04ExaAh

By Trump’s own logic, he should not have been the Republican nominee in 2016 and his daughter and son-in-law should be removed from their White House positions immediately because they all donated to Democratic campaigns.

Shaub went on to point out that there are many Republicans in the Department of Justice and federal law enforcement that Trump isn’t whining about. He seems to only have a problem with people who donated to Democrats.

Are you concerned about donations FBI Director Christopher Wray, former Attorney General Jeff Sessions, or DOJ Chief of Staff Matt Whitaker made to Republicans — or do conflicts of interest only arise from donations to a particular party in your view?

Are you concerned about the donations Wilbur Ross, Ryan Zinke and Mick Mulvaney gave to Republicans? Do they have conflicts of interest in your view?

Shaub concluded his takedown by informing Trump that political donations do not mean that these prosecutors are bringing their political views to work with them.

What‘s a modest political donation by a federal official? It is legal activity that Congress encourages. It reveals a viewpoint, but people who don’t make donations have viewpoints too. A modest donation tells you nothing about the service a Fed provides. https://t.co/E96NtGx3JM pic.twitter.com/QT3C1dh39r

In any case, Mueller has already proven that even if it seems that a member of his team has political bias, he will remove them. That’s exactly what happened to former FBI agent Peter Strzok after his text messages about Trump came to Mueller’s attention.

Clearly, the rest of his team members have exercised the highest standards of professionalism throughout this investigation and they have done great work exposing Trump and his cronies and getting to the bottom of Russian interference during the 2016 Election. Now if only Trump can stop interfering with a legitimate federal investigation so that Mueller can reach a final conclusion.