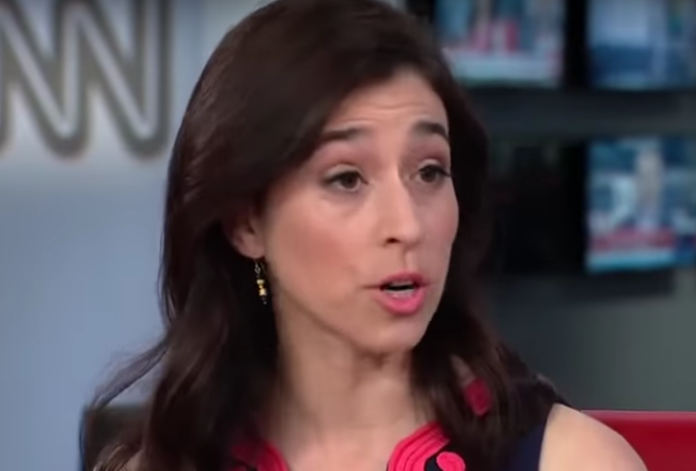 President Donald Trump insisted on Thursday that American taxpayers are not paying for the cost of his tariffs and that China is paying for everything, forcing Washington Post business reporter Catherine Rampell to fact-check him.

The central tenet of borrowing money is that we have to pay that money back. So, when Trump says China will pay for the $16 billion aid package for farmers he announced, he means that the government is borrowing money from China that Americans will have to pay back, regardless of how he tries to spin it.

In addition, Trump’s tariffs are a tax that American businesses have to pay to import goods made in China, and the extra cost is passed on to consumers in the form of higher prices on products.

So, make no mistake, Americans are paying a heavy price for Trump’s trade wars, especially farmers, who are going bankrupt because China will no longer buy agricultural products from the United States.

Rampell, whose analysis has already taken down two of Trump’s Federal Reserve nominees in recent weeks, appeared on CNN Thursday to warn the American people that Trump is lying.

“The truth is that Americans are paying for the cost of these tariffs,” Rampell began. “Including farmers through lost business, of course to China, but to lots of other countries and economies including the European Union, who we are also engaging in a trade war with. And basically, Trump is saying rather than having our farmers sell soybeans to China, let’s borrow from China to pay farmers to not sell soybeans to China. That is effectively what is happening here because we are transferring from the U.S. Treasury.”

Again, taxpayers are on the hook for every dollar borrowed from China plus interest. Trump once said that trade wars are “easy to win,” but it looks like the only ones losing right now is American taxpayers and farmers while Trump increases our debt to China. This is a plan that is unsustainable and will only make things worse the longer the trade wars drag on.