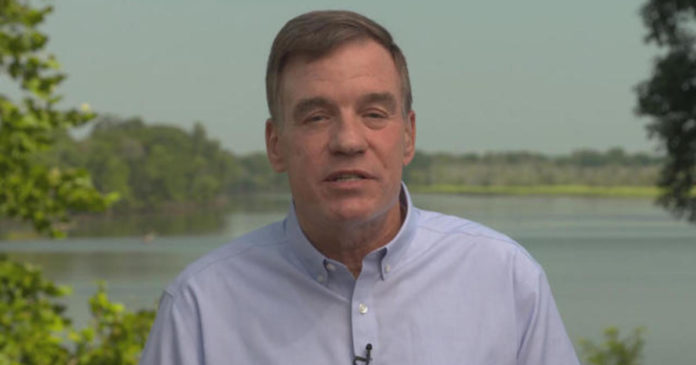 Senator Mark Warner (D-VA) said Sunday that he believes a “common-sense” bill of election security measures would easily get a supermajority in the Senate if Senate Majority Leader Mitch McConnell (R-KY) would allow the legislation to reach the floor for a vote.

“I think there’s come common sense things that would get 75 votes if they could get to the floor of the Senate.”

They included an “obligation … to tell the FBI” about offers of dirt on political opponents by foreign governments and paper ballot backups for all polling stations, as well as “some rules of the road for Facebook, Twitter, social media,” he told CBS’ Margaret Brennan.

.@MarkWarner says White House steps to improve election security are insufficient. Instead, he thinks Congress should act. “I think there are some common sense things that would get 75 votes” if a bill could get to the floor. pic.twitter.com/niTI0vNhVX

Warner added that “this administration has stopped every election security legislation coming to the floor and they’ve been supported in that effort by the Republican Majority Leader Mitch McConnell.”

While the Virginia senator said he’s convinced the Department of Homeland Security has “upped its game” when it comes to election security, but many states say they need more help in that area.

“I just don’t get why this president wouldn’t be willing to say ‘let’s make sure that our elections are secure in 2020.'”

Minutes before Warner appeared on the show, acting White House Chief of Staff Mick Mulvaney told host Margaret Brennan that the election security bill McConnell refused to allow on the floor for a vote was “simply showmanship” and “completely unnecessary,” but failed to elaborate on his assertion.

The GOP and White House are hoping Russia (or Saudi Arabia) will help deliver the 2020 election to Trump the way the Kremlin did in 2016. They don’t care if our elections are secure. They only care about holding onto power by whatever means are necessary.