The United States Blues
Home National News Washington Post burns down Stephen Miller for his lies about the border... 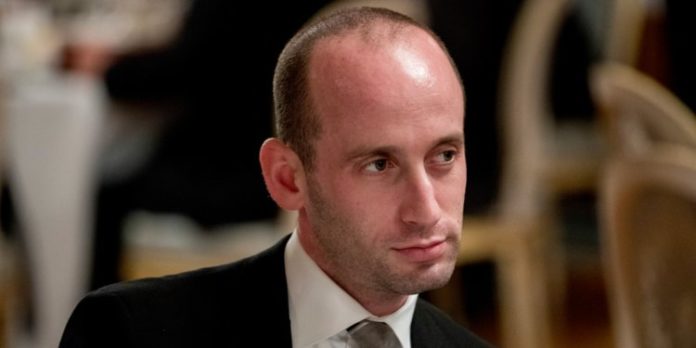 White House aide Stephen Miller is largely seen as one of the main architects of President Donald Trump’s policies as they relate to immigration and the border wall Trump recently declared a national emergency for in an effort to circumvent Congressional approval.

But as Washington Post writer Greg Sargent notes in a blistering op-ed he wrote for Post, Miller’s arguments on the issues of the wall and immigration don’t hold water.

Focusing on a Fox News interview Miller gave Sunday, Sargent proceeds to rip apart every argument Miller made to justice Trump’s overreach of presidential authority point by point, and it’s truly a tour de force of logic and rational thought.

Sargent begins with this quote from Miller taken from the Fox interview:

“This is a deep intellectual problem that is plaguing this city which is that we’ve had thousands of Americans die year after year after year because of threats crossing our southern border. … If the president can’t defend this country, then he cannot fulfill this constitutional oath of office.”

But that’s simply not true, and the numbers show it to be a lie: “There isn’t any national comprehensive data set on people killed by undocumented immigrants.”

Then the writer goes on to further obliterate Miller’s deeply flawed logic:

“But what deserves more attention here is the much bigger underlying absurdity Miller’s claim is designed to push: the idea that we’re losing control of our country.

“This is an assertion that Trump himself makes constantly — he regularly employs some variation of the formulation that ‘a country without borders isn’t a country’ — yet it almost never gets examined in its own right.”

And here’s where Sargent rips the veil off irrational fears and exposes both Miller and Trump as the giant charlatans:

“Let’s take the idea that we don’t have control over our borders. This is not true by any reasonable metric — illegal border crossings are near historic lows, while the number of Border Patrol agents has expanded to an extraordinary degree, and terrorists breaching the border is a nonexistent problem. This is all well documented.”

We are not being overrun with immigrants on the U.S.-Mexico border, so the very foundation of Trump’s national emergency declaration is now gone, leaving nothing but blatant racism and a fear of losing political power as the real motives for Trump and Miller’s punitive actions:

The op-ed ends with a reminder that Miller and his boss are at odds with the vast majority of Americans, and that means they cannot possibly win the immigration debate:

“On this question, political majorities are aligned against Trump and Miller, and with the Democratic political class, which supports current levels of legal immigration and wants to give undocumented immigrants a path to citizenship.”

Trump has already lost on his wall. He’s just too damn stubborn and too damn stupid to realize it yet.