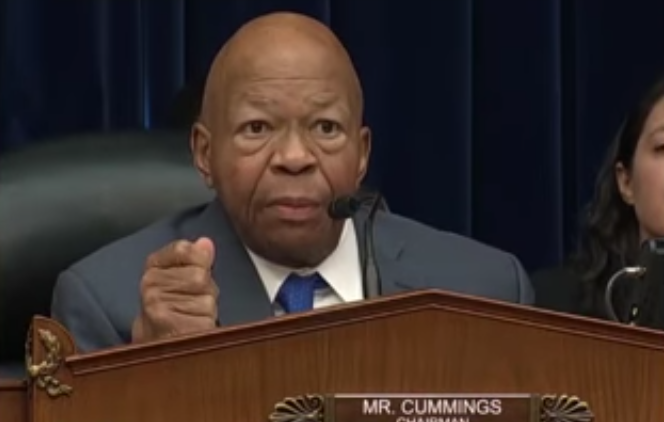 During the opening moments of a House Oversight Committee hearing to listen to testimony by Michael Cohen, chairman Elijah Cummings (D-Md.) delivered a rebuke to Republicans informing them that the days of protecting President Donald Trump are “over.”

Cohen has already delivered explosive bombshells in an opening statement released prior to the hearing, and as Trump’s former lawyer, he will likely drop more damaging information in person.

Republicans, however, are committed to preventing Cohen from testifying and will likely try multiple tactics to delay the proceedings, something Cummings will not tolerate if his own opening remarks are any indication.

He began by defending Cohen and justified having him testify.

“Cohen is here today, and if he does not tell the truth I will be the first one to refer those untruthful statements to DOJ,” Cummings stated. “So, when people say he doesn’t have anything to lose he does have a lot to lose if he lies.”

Trump himself attempted to discredit Cohen’s testimony on Wednesday morning by calling him a liar on Twitter.

Michael Cohen was one of many lawyers who represented me (unfortunately). He had other clients also. He was just disbarred by the State Supreme Court for lying & fraud. He did bad things unrelated to Trump. He is lying in order to reduce his prison time. Using Crooked’s lawyer!

But Cohen is not receiving a reduced sentence in exchange for his testimony, and many of his statements and actions are definitely related to Trump.

Clearly, Republicans don’t want Trump held accountable, but Cummings declared that Americans want accountability and oversight, something Republicans refused to do when they controlled the House for two years.

“The American people voted for accountability in November, and they have a right to hear Mr. Cohen in public so they can make their own judgment,” he said. “Mr. Cohen’s testimony is the beginning of the process, not the end.”

And then he made a declaration that Republicans fear.

“Ladies and gentlemen, the days of this committee protecting the President at all costs are over,” he concluded. “They’re over!”