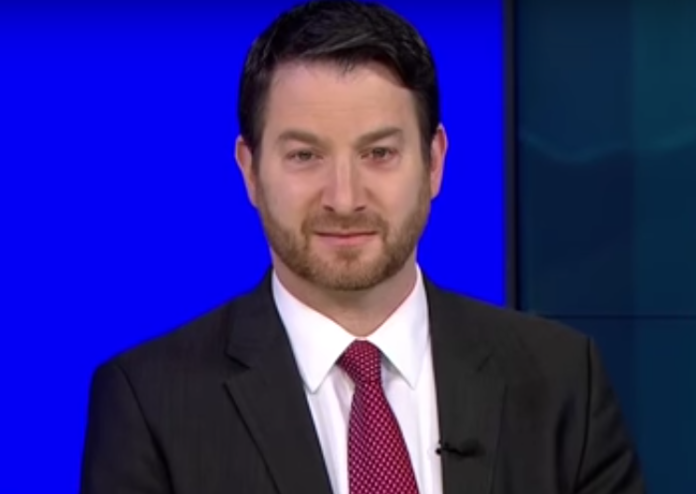 After a member of the Tree of Life synagogue in Pittsburgh blamed President Donald Trump for the rise in anti-Semitism and white nationalist violence, Fox News abruptly cut to commercial to silence him.

Yet another synagogue was the target of a shooting in the United States, this time in Poway, California just months after a white nationalist murdered eleven Jewish parishioners during Shabbat services at the Tree of Life synagogue in Pittsburgh.

Only one fatality has been reported and though the shooter has no known links to white nationalists, his rhetoric and beliefs seem to indicate that he identified as one.

For perspective on the shootings, Fox News invited former Deputy Assistant Secretary of State Joel Rubin, a member of the Tree of Life synagogue, to be a guest on Fox Report with Jon Scott.

“We have seen a spike in anti-Semitic acts in this country,” Rubin began. “The Anti-Defamation League and the FBI have all shown that anti-Semitism is on the rise in the United States and I don’t think we can can say that it’s divorced from the political rhetoric that we see right now. It’s very troubling.”

Rubin said that it’s sad that lessons have not been learned all these months after the Tree of Life shooting and observed that these shooters “believe they have license to kill.”

“Why the rise in anti-Semitism, do you think?” Scott asked.

And he clearly did not like the answer he received because Fox News rudely cut Rubin off and went straight to a commercial.

“We’ve seen a spike, quite frankly, since the election of Donald Trump,” Rubin replied. “And we have seen that largely because there is a freedom to say what one wants in public. ‘Jews will not replace us’ was the chant in Charlottesville in August 2017, and just the other day the president essentially said they were fair and those are the words we have to watch from.”

Fox then cut to a pain reliever commercial.

Fox guest on the rise of anti-Semitism since the election of Trump: “‘Jews will not replace us’ was the chant in Charlottesville” in August 2017, and just the other day the president essentially said they were fair”

The shooting occurred just a day after Trump doubled down on his “very fine people” remarks that he said about white nationalists in Charlottesville, Virginia in response to white nationalist violence at the “Unite the Right” rally in 2017.

You can be sure that had Rubin blamed Rep. Ilhan Omar or Democrats for the rise in anti-Semitism Fox News would not have cut to commercial. The network would have let Rubin go on. But because Fox News is state propaganda dedicated to protecting Trump and parroting whatever he says, the network rushed to censor Rubin for rightfully calling Trump out.