The United States Blues
Home Politics Congress WATCH: GOP Congressman Gets Dressed Down By CNN Host For Not Doing... 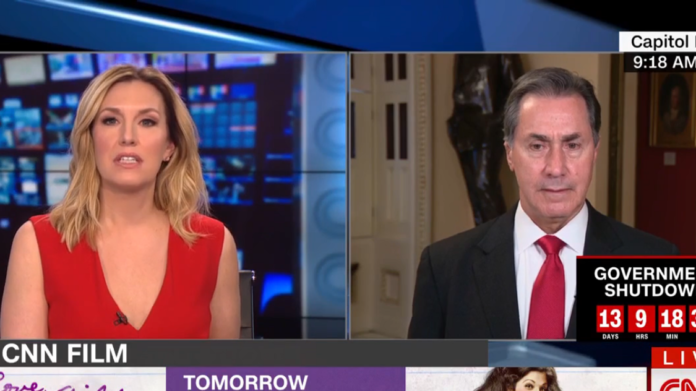 Now that the federal government shutdown has entered its second week, you’d think that members of the GOP would be willing to admit that President Donald Trump’s demand for $5 billion to build a border wall is nothing more than a pipe dream that will never happen.

But as one Congressman from Alabama proved Friday, Republicans seem more worried about what Trump wants than the fact that 800,000 federal workers are without paychecks.

“What I’m saying is that, rather than making this a political argument, I want to make it about the American people. We are arresting ten terrorists or suspected terrorists per day trying to get into the country. Not all of them across the southern border, but there are people who want to do us harm.”

Harlow quickly took Palmer to school, telling him to do his job:

“Absolutely, that is your job. That’s why we pay all of you, right? To get a deal? And it sounded to me like you were saying that you are willing to negotiate here and it doesn’t have to be a 2,000 mile-ish wall.”

And the CNN host was far from finished, reminding Palmer that one of his GOP colleagues voted to reopen the government on Thursday:

“You have Republicans, five in the House of your fellow Republicans, including Congressman Will Hurd … who voted with the Democrats yesterday. I think he agrees with you a lot and he wants more border security and he has authored, as you know, bipartisan legislation focussing on border security, specifically more in better technology at the border rather than a physical wall. Is that a deal that you could get on board with?”

Clearly caught off guard, Palmer could only reply:

“Will is a great member, and he has a background that really, I think, informs his opinion extremely well. And the practical issue here is we’re not going to build a wall that walls off the Rio Grande River. This will be a combination of a wall fence technology and surveillance equipment.”

Then get on board and vote to end the shutdown, Congressman Palmer! Quit playing politics with the livelihoods of hardworking federal employees and act like you’ve got a spine and a mind of your own.