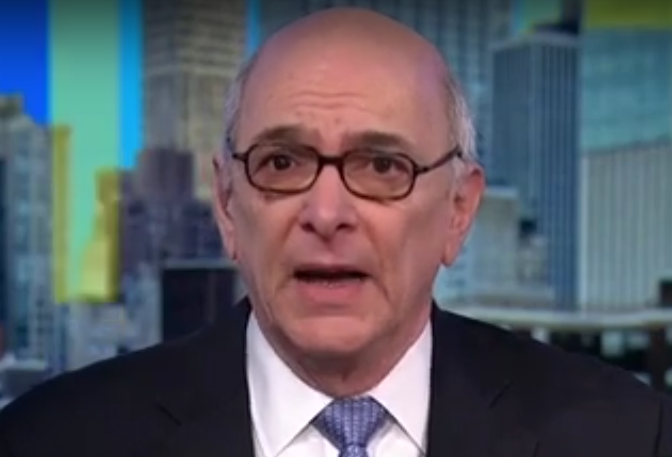 As Treasury Secretary Steve Mnuchin continues to refuse to hand over President Donald Trump’s tax returns, former Watergate prosecutor Nick Ackerman says that House Democrats can put him in prison now for violating the law and not complying with their subpoena.

The House Ways and Means Committee may be forced to subpoena Trump’s tax returns after the IRS failed to meet a deadline to produce six years of the requested documents.

Refusal to turn over Trump’s taxes violates a specific law requiring the IRS to do so if Congress requires them.

But Mnuchin would rather break the law to protect Trump than comply, which is why Ackerman told Joy Reid on MSNBC Saturday that Democrats should put him behind bars.

“They have every right to get all of these documents and all of these witnesses, starting with the Secretary Treasurer Mnuchin who is refusing to turn over taxes even though there is a specific statute that provides that the IRS has to turn it over to Congress, and on top of it there is good reasons to receive those taxes,” Ackerman said.

“I believe Congress has to take a very hard line,” he continued. “If the Secretary of Treasury doesn’t produce those documents he ought to be held in contempt. And he ought to go to prison.”

During an appearance on “Hardball with Chris Matthews” earlier this week, the congressman explained that the House can, in fact, have Trump officials arrested and jailed for not complying with lawful requests and that there is plenty of precedent outlining this power.

“Since 1821, the Supreme Court has recognized the inherent right of Congress to hold individuals in contempt and to imprison them,” Cicilline said. “Congress has the responsibility, and I would say the obligation, to hold individuals in contempt who do not comply with a lawful subpoena, who do not produce documents, and we ought to be prepared to imprison them because we have that inherent right.”

So, if Mnuchin won’t obey the law, he should be arrested and imprisoned until he is willing to cooperate. Congress is legitimately demanding Trump’s tax returns, and it looks like they’re getting sick and tired of the administration’s game of hide and seek.