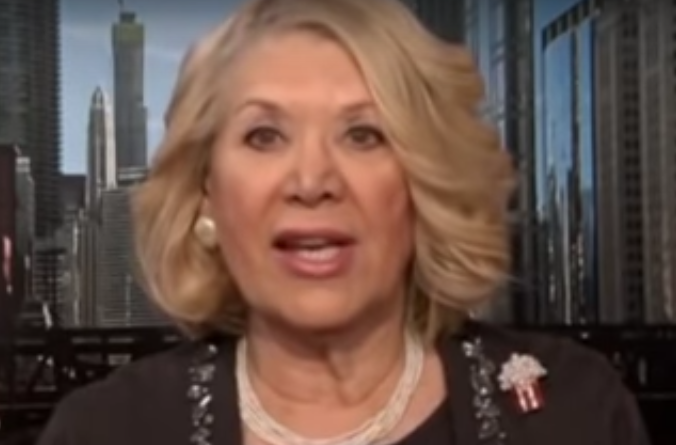 When conservative commentator Carrie Sheffield tried to defend Paul Manafort by pretending that he wasn’t involved with President Donald Trump’s 2016 campaign and that he didn’t collude with the Russians, former Watergate prosecutor Jill Wine-Banks stepped in to brutally educate her.

During a discussion with Al Sharpton on MSNBC Sheffield repeatedly claimed there was “no collusion” and accused Democrats and the media of violating the Constitution because they are supposedly denying Trump and his associates their right to be presumed innocent.

Sharpton listed Manafort’s many lies, only for Sheffield to respond that the sentencing memo does not include collusion. She went on to claim that Trump’s political inexperience was taken advantage of by Manafort and that Manafort was not really that involved in the campaign.

The fact is that Paul Manafort joined Trump’s campaign in March 2016 and served as his campaign manager from June through the middle of August that same year.

As for the sentencing memo, Jill Wine-Banks had actually read the document and she had no problem schooling Sheffield about the contents.

“Someone hasn’t read the Manafort sentencing document, because it does link Russia to Manafort,” Wine-Banks said. “Manafort, during the time that he was the campaign chair, was in collusion with the Russians. And so that links. And I think we have to really stop and take a look.”

Indeed, Manafort lied to Special Counsel Robert Mueller about his ties to Russia, which include passing campaign data to a Russian oligarch connected to Russian dictator Vladimir Putin, whom the Senate Intelligence Committee has concluded tried to help Trump win the election.

Wine-Banks went on to call for the Mueller report to be released to the public.

“I think, regardless of what the outcome of the Mueller investigation, if it were to say that we can’t indict because the Department of Justice rules don’t let us indict, but here are the facts, or it could say there are no facts that link the president,” she said. “Either way, we need to know what the conclusion is. And we can get that. As Americans, we should be entitled to it. I think Congress has a role to play in doing this. And that there is plenty of evidence that links too many of Donald Trump’s closest allies to Russia. Why all the lies? Keep asking yourself that. If there is no collusion, why is everyone lying about the meetings with Russia? There’s a reason.”

If Sheffield did not want to make a complete fool of herself, she should not have tried to make false claims about a legal document in the presence of a seasoned prosecutor who knows all about presidential scandals.