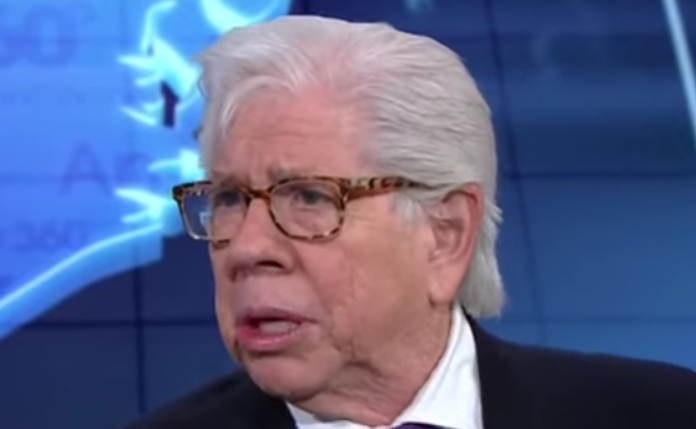 Trump is already under the microscope by Special Counsel Robert Mueller, who has been exhaustively investigating Trump and his campaign team’s various ties to Russians in 2016.

Beyond all the indictments and plea deals thus far, it has recently been revealed the FBI conducted an investigation of Trump for possibly being a Russian agent after he fired former FBI Director James Comey, a probe that would have needed credible evidence since the subject is the sitting president. It has also been revealed that Trump went to desperate lengths to keep his private talks with Russian dictator Vladimir Putin from going public, hence, no paper trail on even a classified level.

But, despite the serious reports, Republicans has largely ignored the severity of the growing scandal and have yet to call for Trump to provide answers, leaving that responsibility to House Democrats.

And Bernstein wanted to know why Republicans are abdicating their own congressional responsibility to provide oversight and demand answers:

“One of the real questions here is, where are the Republican patriots in the Congress of the United States?” he asked during an interview on CNN with Anderson Cooper. “Why aren’t these Republicans saying, ‘what did the president know?’ and ‘when did he know it?’ and ‘Mr. President, you’ve got to come clean to the American public, not just to Mr. Mueller. This is obvious. You need to explain some things here Mr. President.'”

Bernstein pointed out that when former President Richard Nixon was embroiled in his scandals, former Republican Senator and conservative icon Barry Goldwater stepped up to demand answers.

“Where are the Republicans in terms of the vital national security questions raised about a president of the United States who obviously has been manipulated whether he is, again, half witting, witting, unwitting,” he continued. “Where are the demands that say, ‘Mr. President this is the most serious thing that a chief executive of this country has been accused of in our recent history. You need to explain to the American people.’”

Bernstein then singled out Senate Majority Leader Mitch McConnell (R-Ky.) for being silent.

“Let’s hear it. We’ve heard none of that,” Bernstein concluded. “And that to me is the other dimension of this whole story that we need to start hearing from Mitch McConnell. What’s going on, Mr. McConnell?”

It’s time for Republicans to put the country ahead of their own selfish interests and do the job the Constitution mandates them to do. They need to finally act as a check on Trump and seriously question his allegiance to Russia and Putin. This is a national security threat that cannot and must not be ignored. This is bigger than partisan politics. The future of our country is stake. Our alliances and international reputation is at stake. Our national defense is at stake. If Republicans continue to refuse to do their duty, they don’t deserve the privilege of serving in Congress.