The United States Blues
Home News What Jared Kushner did to a military veteran who declined a White... 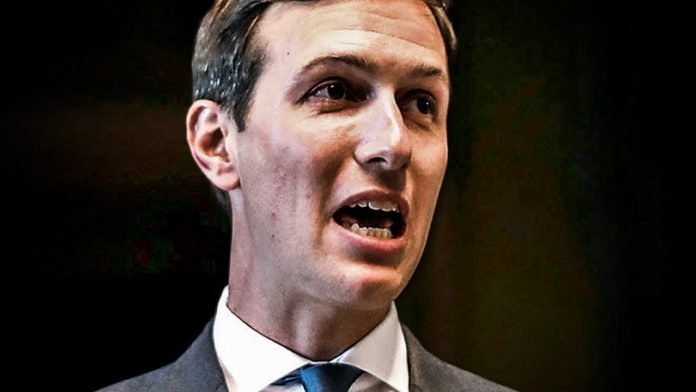 The Trump administration was looking for someone to serve as White House communications director in the summer of 2017, so they offered the job to Mark Corallo, an Army vet and public relations consultant. Coarallo turned the post down, which didn’t sit well with President Donald Trump’s son-in-law/adviser, Jared Kushner, who confronted Corallo and asked:

“Don’t you want to serve your country?”

“Young man, my three years at the butt end of an M16 checked that box.”

Rather than accept Corallo’s decision, according to the new book Kushner, Inc., Jared initiated a smear campaign against the veteran:

“Soon after, amid an onslaught of negative press coverage calling his integrity into question, Corallo reportedly received a call from a reporter who informed him that a Kushner aide had been dispatched to ‘[thrash him] all over town.’

“‘Dude,’ the reporter said, ‘what did you do to Jared and Ivanka?'”

The incident with Jared and Corallo is part of a much larger pattern, Ward notes, and was often repeated when it came to anyone that dared cross Kushner or the president’s daughter, Ivanka:

“‘They talk to you as if they grew up in an ivory tower, which they did — but they have no idea how normal people perceive, understand, intuit,’ someone close to the legal team told Ward, adding that they seemed like ‘the type of people who, if you don’t pretty much indicate quickly that you’re happy to shove your head up their ass, you’re immediately a threat.'”

Corallo later took a job on the Trump legal staff, but left three months into the post,  because of what he saw taking place in the administration and because both Jared and Ivanka were fond of sitting in on meetings being conducted by White House attorneys:

“‘We’d just be sitting there awkwardly, like, Okay, well, we can’t really talk until she leaves. They were reckless.'”

As you might expect, the White House has denied that Ward’s book is accurate, with White House Press Secretary Sarah Sanders commenting Tuesday:

“It’s sad, but not surprising the media would spend time promoting a book based on shady anonymous sources and false information instead of all the incredible work Jared and Ivanka are doing for the country.”

However, Sanders did not deny the allegations from Corallo took place.