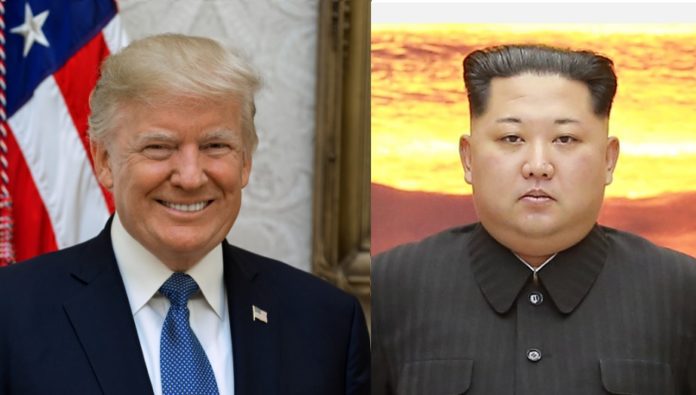 On Sunday, President Donald Trump once again made a statement without a scrap of evidence to support his assertion, sending out these two tweets regarding North Korea:

Sleepy Eyes Chuck Todd of Fake News NBC just stated that we have given up so much in our negotiations with North Korea, and they have given up nothing. Wow, we haven’t given up anything & they have agreed to denuclearization (so great for World), site closure, & no more testing!

Sleepy Eyes Chuck Todd of Fake News NBC just stated that we have given up so much in our negotiations with North Korea, and they have given up nothing. Wow, we haven’t given up anything & they have agreed to denuclearization (so great for World), site closure, & no more testing!

Asked about the tweets at the daily press briefing, White House Press Secretary Sarah Huckabee Sanders started trying to walk back the nonsense spewed out by the Liar-in-Chief. She was asked by Jonathan Karl of ABC News:

“Where did they [agree to denuclearize]? Have they already agreed to do that?”

“Certainly in a number of the conversations, including the comments I would refer you back to. Also, South Korean President Moon, who has said that North Korea has expressed a will for complete denuclearization, and certainly that’s the focus of any conversation and negotiation that the United States will have with North Korea.”

However, Sanders failed to specify what “comments” she would refer us to.

Mara Liasson of PBS tried to follow up on Karl’s question, asking:

“What is the President’s definition of complete denuclearization?”

But that only made Sanders get defensive, which resulted in her trying to spin and lie her way out of an actual answer:

“I’m not going to negotiate with you guys. I’m going to leave that to the President and Kim Jong Un to walk through what some of those details would look like when that meeting takes place. But I can be very clear that we expect it not to just be mentioned in words, but there have to be concrete actions that take place towards total denuclearization of the peninsula.”

“Does that mean removing all nukes, our nukes and theirs?”

But Sanders was far too busy trying to provide cover for her inept boss, offering a meek:

“The President wants to do what is in the best interest of our country, and even in the world, and particularly having North Korea and the Korean Peninsula free of nuclear weapons, I think is a good thing for everybody.”

The truth is also a good thing for everybody, but good luck getting any semblance of reality or truth from this administration.