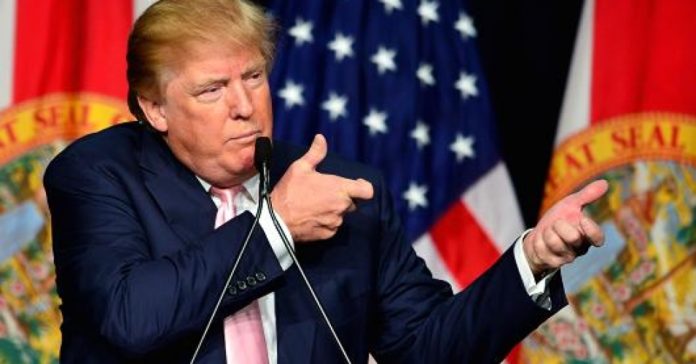 The Trump administration is considering using the 1807 Insurrection Act to remove undocumented immigrants from the United States via military force, though it remains unclear if such a move would be legal under the Constitution.

Deputy White House deputy press secretary Hogan Gidley said Friday morning on “Fox & Friends” that the president hadn’t ruled out any options when it comes to the issue of immigration:

“There are lots of tools at [President Donald Trump’s] disposal. We haven’t used them all and we’re looking at ways to protect the American people.”

“That would be great. Last time we used [the Insurrection Act], I believe, was the L.A. riots where the military came in and said we are going to need military presence there. The military is there [at the border] but they can’t do as much as they want.”

This latest salvo of anti-immigrant threats comes just a day after the president announced a new immigration plan that would drastically reduce the amount of people allowed to legally enter the U.S. each year.

The Insurrection Act, according to ThinkProgress, became law in the 1800s:

Under the Insurrection Act of 1807, the president has the authority to use military force within the country’s borders, but only in the very specific instances of “insurrection, domestic violence, unlawful combination, or conspiracy.” It can also be invoked in disaster scenarios, but only if there is such widespread domestic violence that local authorities cannot maintain public order.

Clearly, undocumented immigrants — many of whom are women and children — are not a threat to the safety of anyone in this country. But that didn’t keep Trump from firing off this angry tweet Friday morning:

All people that are illegally coming into the United States now will be removed from our Country at a later date as we build up our removal forces and as the laws are changed. Please do not make yourselves too comfortable, you will be leaving soon!

The Insurrection Act was last used in 1992 by then-president George H.W. Bush in response to the Los Angeles riots in the aftermath of the acquittal of police officers who brutally beat motorist Rodney King. Sixty-three people were killed and 2,383 were injured in those riots.