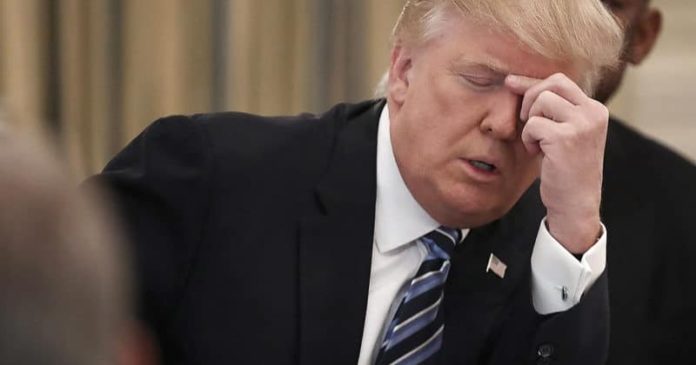 If you were wondering just how chaotic things are at the White House as the Ukraine scandal continues to consume the Trump administration, two reporters caught the communications office accidentally emailing talking points to Democratic members of Congress.

Andrew Desiderio of Politico and Jacqueline Alemany of the Washington Post both shared screenshots of the talking points, which were supposed to be sent to Republicans in the House in Senate suggesting ways for them to talk to the media about President Donald Trump’s phone call with Ukrainian President Volodymyr Zelensky.

Also included in the talking points are that Trump did nothing wrong by calling a foreign leader and instructing members of the GOP to be sure and mention that the real scandal is Joe Biden’s “corruption.”

When the White House realized it had screwed up, it immediately sent out a “recall” notice for the email. But it was far too late, and now the administration’s defense is in public for all to see and for Fox hosts to follow. Take a look:

Here are some screenshots, per source. pic.twitter.com/VvNAaqKP3D

The president has also been active on Twitter today, despite being at the UN for meetings with world leaders, lashing out at Democrats for daring to launch a formal impeachment inquiry:

There has been no President in the history of our Country who has been treated so badly as I have. The Democrats are frozen with hatred and fear. They get nothing done. This should never be allowed to happen to another President. Witch Hunt!

Will the Democrats apologize after seeing what was said on the call with the Ukrainian President? They should, a perfect call – got them by surprise!

The White House has not released the full whistleblower report that led to the impeachment inquiry. Under federal law, that report should already have been handed to the House and Senate committees on intelligence.