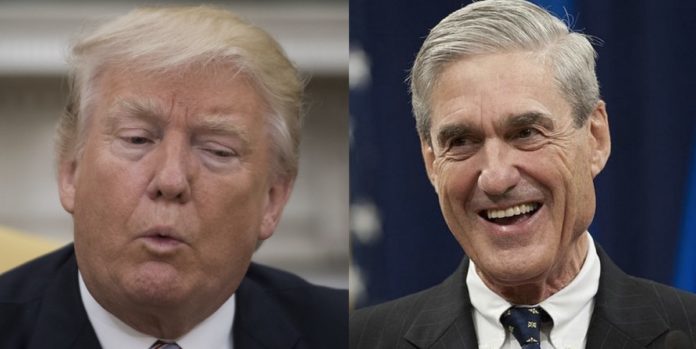 Now that former Special Counsel Robert Mueller clearly stated during his testimony on Wednesday that his report didn’t exonerate President Donald Trump in the Russia probe, the White House has decided to move the goalposts and claim that exoneration doesn’t matter, despite months of Trump saying that he had been exonerated.

“I don’t think that that we, that the discussion about the report should rise and fall on the term ‘exonerate.’ ‘Exonerated,’ like ‘collusion’ doesn’t have any real meaning under the law and it’s sad that we’re boiling it down — exoneration is the collusion of 2019.”

Wow! That’s some major spin. And it’s also in direct contradiction to what the president has been saying since the Mueller report was first made public by Attorney General William Barr, ShareBlue Media notes:

Trump first declared total exoneration after his loyalist Attorney General William Barr released his own skewed summary of the Mueller report in March.

“It was a complete and total exoneration,” Trump said at the time.

Or perhaps you prefer this tweet from Trump in March:

Mueller, however, specified very clearly that he had not exonerated Trump. The Associated Press fact checked Trump’s ridiculous protestations of innocence:

Trump has not been exonerated by Mueller at all. “No,” Mueller said when asked at the hearing whether he had cleared the president of criminal wrongdoing in the investigation that looked into the 2016 Trump campaign’s relations with Russians.

In fact, the sole reason Trump wasn’t charged and indicted is because of the memo from the DOJ’s Office of Legal Counsel which says a sitting president cannot be indicted. If that memo didn’t exist, Mueller made clear, he would have sought to bring criminal charges against Trump.

What the White House and the president are now trying to attempt is make us all forget that he’s been screaming EXONERATED! at the top of his lungs for four months. Instead, they want us to pretend it never happened and just paper it over with another excuse.

But violating the Constitution of the United States is never acceptable, especially when it’s done by the highest elected official in the land. And whether it leads to impeachment or not, it should certainly disqualify Trump for another term in office.