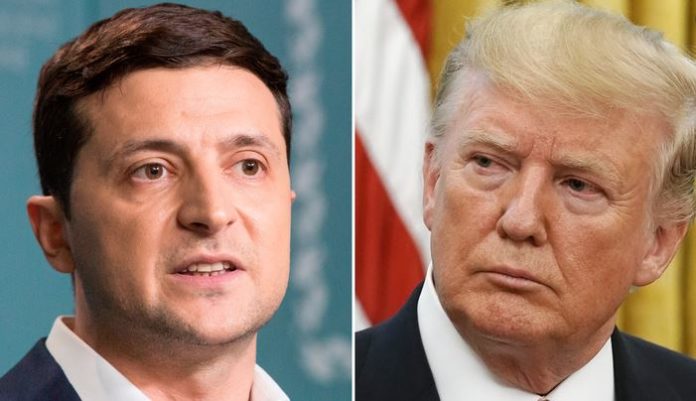 This morning, Team Trump released what looks like a transcript in the form of a  5-page “memo” or summary. This is not a transcript as the document itself says (in the fine print, of course):

What was released will most likely cause more questions than provide answers.

Early readings of even this summary still have some striking revelations.

One big quote by Trump:

“The other thing, There’s a lot of talk about Biden’s son, that Biden stopped the prosecution and a lot of people want to find out about that so whatever you can do with the Attorney General would be great.”

People are shocked that Trump was using the AG of the USA to blatantly further his political ambitions without regard to our national security.

Now it’s both the AG and Trump’s personal attorney.

Plus, the “unfairly treated prosecutor” was the corrupt one that Joe Biden was sent by the whole world, basically, to get them to get rid of him.

In addition to all this, keep in mind that with this call, the Ukranian President was given a perfect piece of blackmail on Trump, according to some intelligence experts. If not for the whistleblower, the only one who could use this attempt to extort Ukraine is in fact, the President of Ukraine.

Trump specifically asks for a “favor.” Trump is trying to get that elusive “server” of Hillary Clinton’s from them. Trump is apparently still trying to fight the Mueller report that showed him obstructing justice among other things. Throughout the call, Trump implies many things and even in this summary of the 30-minute call, what is going on is obvious to anyone who’s ever seen a mob movie.

Check out the entire document below:

It will be interesting to see how the Democrats proceed.