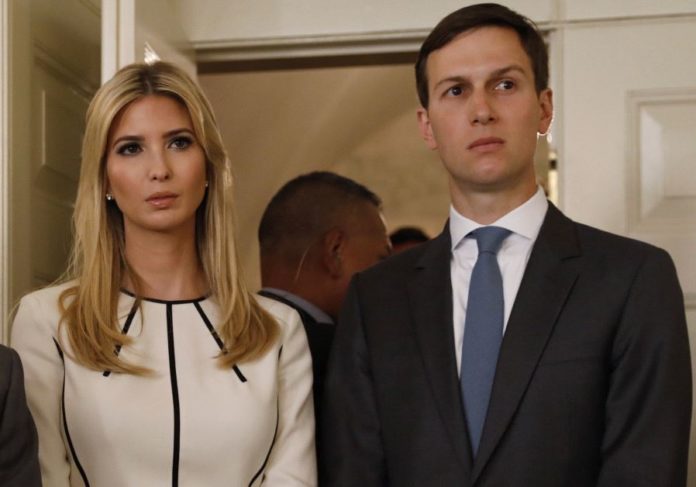 A source inside the Trump White House has leaked documents dealing with the security clearances of Jared Kushner and Ivanka Trump to the House Oversight Committee investigating the matter, Axios reports.

The release of the documents is a major break for House Democrats investigating the process by which both Kushner and Ivanka were given top-secret security clearances despite the objection of U.S. intelligence agencies:

“The Trump administration’s problems with leaks will now benefit Congress, making it harder for the White House to withhold information from Democratic investigators.”

Earlier this week, the White House had resolutely refused to give the oversight committee requested documentation regarding the process by which the two senior administration advisers had been granted access to restricted national security administration. Ironically, the committee already had the papers in hand:

“The House Oversight Committee in early February had already obtained the leaked documents that detail the entire process, from the spring of 2017 to the spring of 2018, on how both Kushner and Trump were ultimately granted their security clearances.”

“One document … provides some details about why Kushner’s security clearance was changed to ‘interim’ in September 2017: ‘Per conversation with WH counsel the clearance was changed to interim Top Secret until we can confirm that the DOJ or someone else actually granted a final clearance. This action was taken out of an abundance of caution because the background investigation has not been completed.'”

All of this comes just days after House Democrats issued letters for information to 81 people associated with the Trump administration, 2016 campaign, and the Trump Organization. If it can be proven that Jared and Ivanka were given their security clearances in violation of established policy, it could help build a case for impeaching the president, who is already under investigation on multiple fronts by Special Counsel Robert Mueller, the U.S. Attorney’s office in the Southern District of New York, and numerous congressional committees.