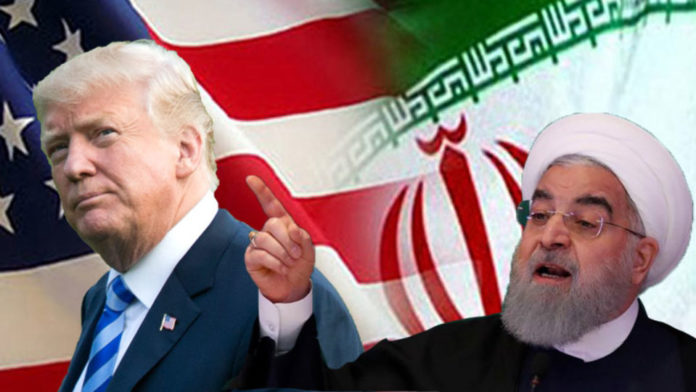 National Security Adviser John Bolton has requested military options from the Pentagon for an attack on Iran, according to a report from the Wall Street Journal.

The Journal also notes that Pentagon and State Department officials were “rattled” by the request, which came in September of last year, shortly after a mortar attack on Baghdad’s diplomatic district, which is home to the U.S. Embassy in Iraq.

According to the Journal:

“As part of the talks, Mr. Trump’s National Security Council, led by John Bolton, asked the Pentagon to provide the White House with military options to strike Iran. The request, which hasn’t been previously reported, generated concern at the Pentagon and State Department, current and former U.S. officials say.

“‘It definitely rattled people,’ recalled a former senior U.S. administration official. ‘People were shocked. It was mind-boggling how cavalier they were about hitting Iran.'”

More puzzling to the Pentagon was the fact that the White House would be wanting military options against Iran since the attacks inside Iraq were so minor:

“Former U.S. officials said it was unnerving that the National Security Council asked for far-reaching military options to strike Iran in response to attacks that caused little damage and no injuries.”

Relations between the U.S. and Iran have grown increasingly hostile since Trump became president.

In May of last year, Trump announced that the U.S. would withdraw from the Joint Comprehensive Plan of Action (JCPOA), which had been negotiated by the Obama administration in an effort to curb Iran’s enrichment of radioactive material that could be used for nuclear weapons. Trump also reimposed economic sanctions on Iran, which led Iranian President Hassan Rouhani to declare:

“The US has announced that it doesn’t respect its commitments.

“I have ordered the Atomic Energy Organisation of Iran to be ready for action if needed, so that if necessary we can resume our enrichment on an industrial level without any limitations.”

With Trump mired in a prolonged government shutdown and his poll numbers flagging as new revelations come from the ongoing 2016 election probe being conducted by Special Counsel Robert Mueller, some have speculated that the president might attempt to change the subject with some sort of military adventure.